​It looks as if Mauro Icardi may finally get his long-awaited move away from Inter, as reports in Italy say that talks over a move to PSG have 'proceeded well' overnight ahead of a deadline day move.

The melodrama surrounding the striker's last year or so in Italy could rival any soap opera, as he and his wife and agent Wanda Nara's fall-out with the club led to him being stripped of the captaincy earlier in the season.

He was restored to first-team status towards the end of the 2018/19 campaign, but the club have made it clear he will have no part to play in the Antonio Conte regime, and have actively looked to move him on all summer. Until now that hasn't stopped ​Icardi playing hardball, as rather than go quietly, he has rejected advances from the likes of ​Napoli and Monaco, and even ​opted to sue Inter to try and force his way back into the team.

PSG, however, ​emerged as an interested party over the weekend, and according to Sky's Gianluca Di Marzio, it seems increasingly likely that the saga will be brought to its merciful end on the day of the European deadline.

He says that a night of negotiations have 'proceeded well', and that Icardi will extend his stay at Inter beyond the end of the current season before signing off on a loan switch to the French  champions.

It means Inter will be able to cash in on him next summer should the move succeed, rather than lose him for free, although it is unclear as yet if PSG will maintain an option to buy.

He will come as a solution to the striking crisis in Paris, as the injury-enforced absences of Kylian Mbappe, Edinson Cavani and Neymar have left them exceptionally thin on the ground. 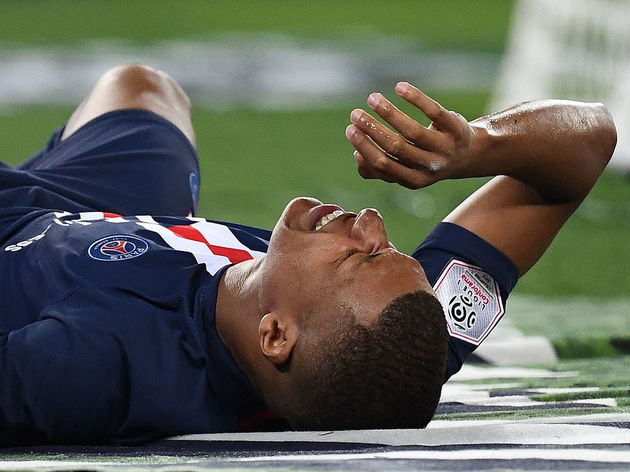 Eric Maxim Choupo-Moting started and scored in their 2-0 win over Metz at the weekend, for all you need to know on that one.