Lazio and Roma played out a tense and feisty draw in the Rome derby on Sunday, although both teams will be disappointed not to have taken all three points.

It was an exhilarating duel between the two rivals, who combined to hit the post five times in the first half.

Roma were awarded a penalty in the 16th minute following a handball by Sergej Milinkovic-Savic, which Aleksandar Kolarov dispatched confidently to give I Giallorossi the lead. Ciro Immobile and Joaquin Correa both hit the post in quick succession for Lazio, as the hosts began to get a foothold in the derby. Ex-Liverpool midfielder Luis Alberto levelled the score just before the hour mark after some sloppy defending from Roma, but neither side was able to claim the victory despite their best efforts.

Lazio boss Simone Inzaghi will be sweating over the fitness of star centre-back Luiz Felipe, who left the field with a muscle injury midway through the first half. The Brazilian was putting in a solid performance for 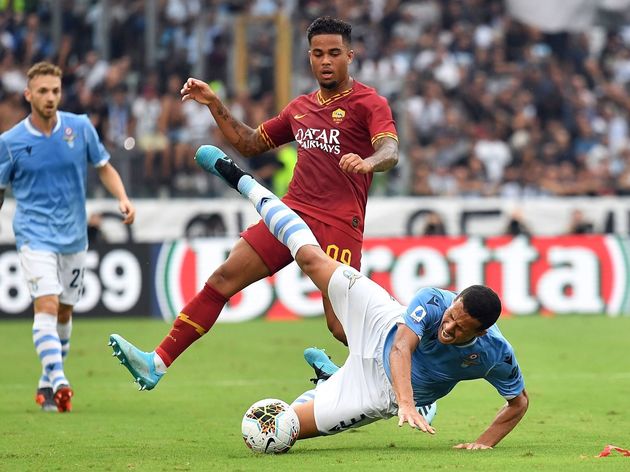 period to recuperate, and the Italian manager will be desperate to have his key defender back on the pitch as soon as possible.

STAR MAN - Luis Alberto floated effortlessly between the Roma lines, dragging defenders out of position and popping delicious balls through for the pacy Immobile. Along with Milinkovic-Savic and Lucas Leiva, Alberto is the perfect fit for this Lazio midfield.

Luis Alberto is that kind of player, that all the teams need. The Spaniard caused mayhem for I Giallorossi backline, and bagged the equalizer with a well-timed run into the box and a precise finish. If he is able to hit the form of his 2017/18 campaign, Lazio may finally earn their elusive Champions League spot.

​Roma have undergone a drastic change in style under new manager Paulo Fonseca, and tonight we saw the best and worst of the Portuguese manager's philosophy. The ex-Shakhtar boss is known for his fluid attacking football, but his offensive bravery comes at a cost. Despite causing their rivals a whole host of problems in the final third, I Giallorossi were left too exposed at the back, as the midfield failed to provide any adequate cover for the overwhelmed Roma backline.

Fonseca knows how to get his side to play attractive football, but some pragmatism may be needed in the future. His physical strength and quick feet proved too hot to handle for I Laziali, and the Italian international demonstrated why he's one of the hottest properties in Europe.

Lazio travel to Spal after the international break, hoping to continue their good start to the season.

Roma entertain Sassuolo in their next fixture, and Fonseca will be desperate to claim his first win as manager of I Giallorossi.