Richarlison scored twice either side of half-time to extend Everton's fine home form with a 3-2 win over Wolves and lift them up to fifth in the Premier League table.

Just five minutes in there was a moment to forget for the visitors, as Conor Coady's attempted back pass was wayward, Rui Patricio knocked the ball into Richarlison's path and the Brazilian thumped an effort down into the ground and into the net.

It was clearly a boycott of defences at Goodison Park, as ​Alex Iwobi had all the space in the world to head home from Gylfi Sigurdsson's pinpoint cross to put the ​Toffees ahead after 11 minutes in a barnstorming opening to the match.

A more subdued second half followed, with Everton looking the more likely to grab the game's fourth goal. Moise Kean looked like finding it but was denied by superb last-ditch challenge from Ryan Bennett with half an hour left.

With both sides probing, it was Raul Jimenez who found the breakthrough with 15 minutes left as he headed his side level following Ryan Bennett's long throw, taking a boot to the face in the process. Just as last time ​Wolves scored, the home side responded quickly as Lucas Digne's left wing cross was met fiercely by Richarlison to grab his second of the game. 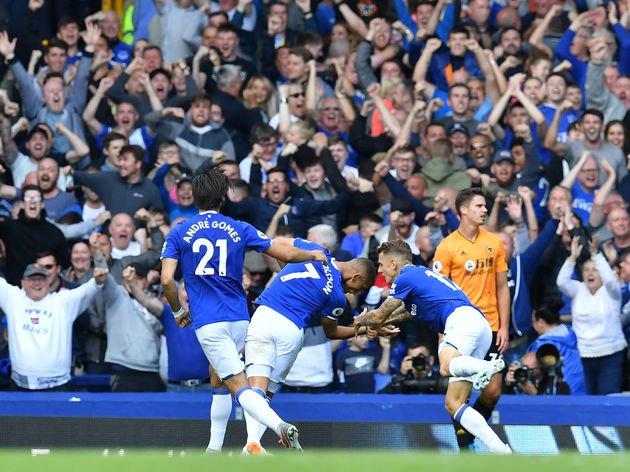 The home side saw out the remainder of the game in relative comfort, deservedly securing a crucial three points that ensures their start to the Premier League season remains a positive one. There was still time for a sending off, as Willy Boly earned his second yellow of the game in stoppage time to rub salt in the Wolverhampton wounds. 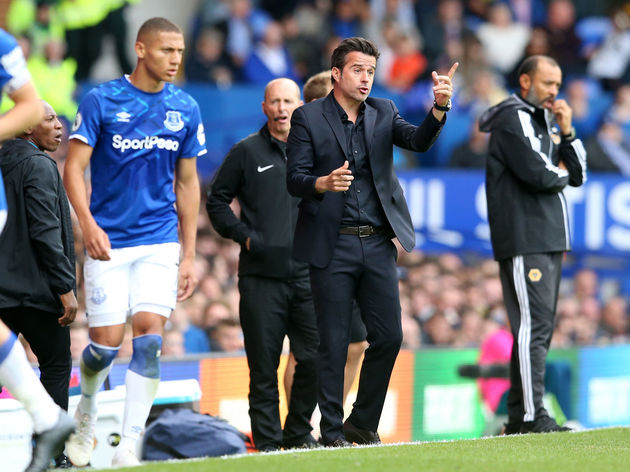 Much has been made of Everton's strong home record of late, despite there being a certain degree of pressure on Marco Silva's shoulders. Better results have been expected of the Portuguese boss given the significant outlay the club have made in recent windows.

What Silva has been left with is some fine attacking talent, and a front three that will strike fear into most sides in the division. Surviving Wolves' early press, they grabbed the opener, but it will have been the fluency in attack for the second and third goals which would have pleased Silva. Their opponents are certainly no walkovers, but an unquestionable splash of creativity in this Toffees outfit means they didn't struggle to carve open opportunities.

There is no doubt Everton are a work in progress, but in order to push on and challenge for Europe, winning home matches against direct rivals and cementing Goodison Park as a fortress will be key. Its something they're doing, and Silva is slowly but surely easing the pressure weighing him down and winning over the supporters in the process.

Gylfi Sigurdsson for Everton since the start of the 2017/18 Premier League season:

The only Everton player to reach double figures in both categories. pic.twitter.com/JKfyeTSony

While there is some exciting attacking talent in Silva's side, for them all to click efficiently then Gylfi Sigurdsson needs to be at his best. He normally is, and Sunday was no different as he drifted into space and delivered fine cross after fine cross for the likes of Iwobi and Kean.

The Icelandic playmaker has an eye for a pass that few others in the league possess and Silva will be counting his lucky stars to have a player of his quality in his ranks. After a magnificent season last campaign, the rigours of European football will become an unfamiliar attribute to Nuno Espirito Santo's outfit, as they learn to balance Thursday night football with weekend fixtures.

Santo rang the changes at Goodison Park, as his side recovered from their exploits against Torino, with their midfield losing track of their defensive duties on too many occasions. The back three remained the same, but the unfamiliar Saiss in midfield didn't offer the same control that Joao Mountinho has made a career of.

It was when both Jota and Moutinho were introduced that Wolves looked their normal, assured selves, making better use of the ball and having extra potency in attack.

It is something that this Wolves side will need to get used to. While defeat away at a side who are very strong at home is not the worst result, the defensive lapses will worry Santo, with the amount of fixtures sure to pay their toll on this otherwise strong unit. Their threat up front is irrelevant if they defend as poorly as this did at Goodison Park,. 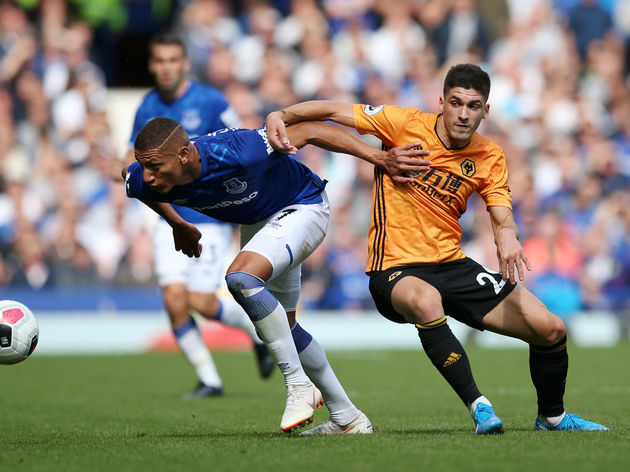 Without the regular Jonny Otto in the side, the role of industrious wing-back fell on Ruben Vinagre's shoulders. The Portuguese star has been limited to roles on the bench due to Otto's fine form, but staked his own claim for a spot in the starting XI with an energetic showing on Sunday.

The following Sunday sees the Toffees make a trip south to face ​AFC Bournemouth in the Premier League on the exact same time-slot as today.

Its home comforts for Nuno Espirito Santo's side as they are back at Molineux to take on Frank Lampard's ​Chelsea in the Premier League on Saturday.