​Manchester United legend and former defender Rio Ferdinand has questioned the decision to name fellow centre back Virgil van Dijk the UEFA Player of the Year ahead of Lionel Messi and Cristiano Ronaldo.

The Liverpool defender, who was crowned the PFA Player of the Year, helped his side lift the Champions League last season for the first time since 2005 and showcased his exceptional defensive capabilities, as well as chipping in with important attacking contributions, during the Reds' fantastic campaign.

Van Dijk, who ​pipped both Messi and Ronaldo to the prestigious UEFA award last Thursday, also famously went 50 league games without being dribbled past.

However, while Ferdinand does concede that the Dutchman is the best defender around at the moment, he can't look past Messi and Ronaldo for the top awards.

The Englishman was doing punditry work for BT Sport where, in quotes carried by the ​Mirror, he said:

"I’m a centre half and I’m delighted he’s won it but when you’ve got someone scoring 50 goals a season you can’t do that. They’re the best."

Virgil van Dijk faced both players in 2019. ​Liverpool beat Messi's ​Barcelona in sensational fashion in the Champions League semi-final after a famous comeback, but Van Dijk's Netherlands were unable to get past Ronaldo's Portugal in the Nations League. 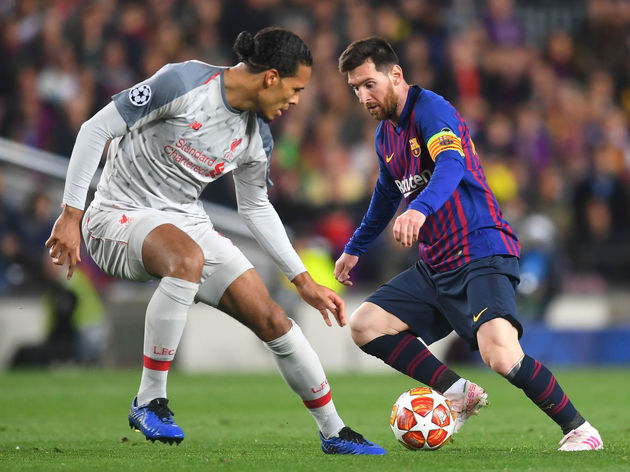 2019 marked the first time a defender won the UEFA Player of the Year award, which began in 2011 and is voted for by journalists and coaches from elite clubs. As well as Messi (twice) and Ronaldo (three times), other winners have been Franck Ribery, Andres Iniesta and most recently Luka Modric.

28-year-old Van Dijk also picked up the Defender of the Year award at the ceremony in Monaco, while his Liverpool teammate Alisson won the Goalkeeper of the Year award. Messi and Barcelona teammate Frenkie de Jong won the prizes for midfielder and forward respectively.