​Arsenal manager Unai Emery has insisted that Mesut Ozil still has a key role to play for the Gunners, despite talk of the German leaving north London earlier this summer.

With the European transfer window deadline fast approaching, it looks like the 30-year-old will stay in north London – and Emery admitted is counting on him to make a difference, with his side desperate to finish in the top four of the Premier League and return to the Champions League.

The World Cup winner has yet to feature for the Gunners this season for a variety of reasons including possible gang-related violence, but could make his 2019/20 debut in Sunday's north London derby. 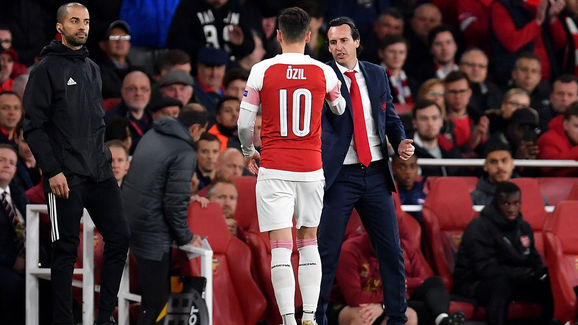 Quoted by the ​Metro, the Spanish manager said:

“We need him because he is a different player in our team. We have different ways to prepare to win, and different qualities with the players, different characteristics from them. We need him to be available and he can help us with his quality.”

​Arsenal's former record signing has been a polarising figure during his time with the Gunners, with his injury issues, inconsistency and high wages detracting from the astounding creative quality that he provides on the pitch. After seeming to have fallen out of favour under Emery – starting just 20 Premier League games last season – rumours of a departure from the Emirates were heating up this summer. Turkish giants Fenerbahce were said to be interested in the former Germany international's services, but were eventually put off by his salary.