​Atletico Madrid are preparing for their home fixture against Eibar on Sunday evening, buoyed by the return of talismanic striker Diego Costa.

The former Chelsea forward picked up a thigh muscle injury during a friendly against Juventus in at the beginning of August, and it was reported that the Spain international may miss more than a month of football. 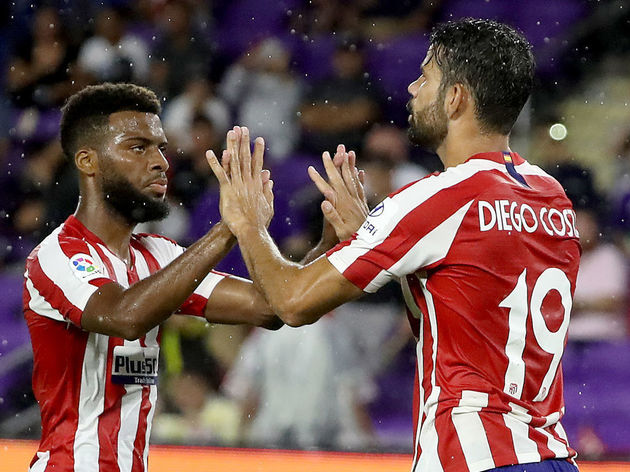 Costa has been absent for his side's opening two league fixtures, but is set to make a remarkable comeback for los Rojiblancos' next fixture.

On Saturday evening, ​Atletico Madrid tweeted that Costa has recovered from his muscle injury in the adductors of the left thigh, and is no longer under observation by the ​Atleti medical team.

Atleti have won both of their league matches this season by a single goal, and manager Diego Simeone will be delighted to have their star striker back so soon from his spell on the sidelines.

​Costa impressed in pre-season, particularly during a friendly against fierce rivals ​Real Madrid, in which the big striker scored four goals in a 7-3 demolition of their neighbours.

Los Rojiblancos supporters will hope that the return of Costa will bring back the free-flowing football that Simeone's side produced before the season opener against Getafe.