Union Berlin earned a historic first ever win in the Bundesliga, as they beat Borussia Dortmund 3-1 on Saturday evening.

While Dortmund arguably started the better team, it was Union Berlin who broke the deadlock in the 22nd minute. The corner was taken quickly and played into the feet of Marius Bulter, who fired it hard and low into the bottom corner to give Die Eisernen a shock lead in Berlin.

However Union were only ahead for three minutes, as Paco Alcacer drew Dortmund level soon after. Jadon Sancho picked up the ball and delivered a fantastic low cross into the box, and Alcacer was in the right place at the right time to slide in and poke it home for BVB.

Union restored their advantage early into the second half, thanks to Bulter's fantastic finish. The hosts broke away, and while Roman Burki saved Sebastian Andersson's initial effort, Bulter pounced on the rebound and struck it into the bottom corner to put the hosts in front once again.

Union all but wrapped up the win with a neat finish from Andersson, who deservedly got himself on the scoresheet. Die Eisernen worked the ball forward as Sheraldo Becker crossed it into the box, and Andersson's deft touch guided the ball home to wrap up the win for Union Berlin. 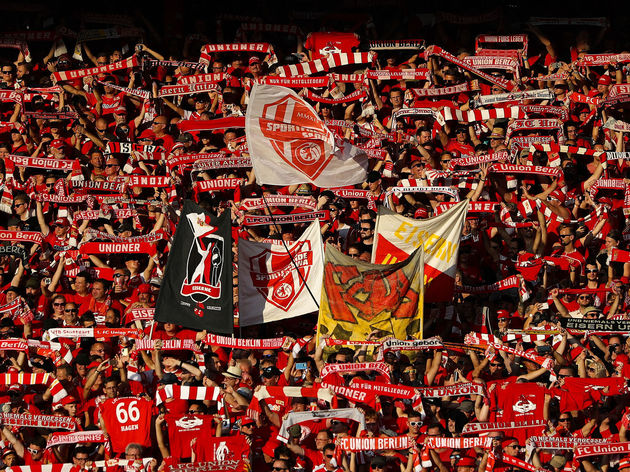 After a win and a draw in their opening fixtures, Union Berlin were desperate to earn their first taste of victory in the ​Bundesliga. They started the game well in an evenly balanced opening 20 minutes, before remarkably taking the lead against the run of play through a well taken corner.

Although they were back level minutes later, Union maintained their good performance and defended well against last season's runners-up. Their fighting spirit and promising play saw them rightfully regain the lead, and once they led again they were in full flow.

Union added a wonderful third soon after, as they wrapped up a famous win. Their determination was incredible all game long, as they stunned Dortmund to secure all three points in one of the greatest nights in their history.

Union have a new hero 

There were many superb performances from Union in an excellent team performance, but they wouldn't have done it without two-goal hero Marius Bulter. If his first goal was good then his second one was even better, as he swept it into the bottom corner.

Bulter was outstanding for Union, and his strong performance was rewarded with two goals he'll never forget. It was a match-winning display from the German winger, who is now a folklore hero in the German capital after Saturday's memorable display. ​Borussia Dortmund were looking to continue their perfect start to the Bundesliga season, with two wins from two. It was therefore hugely frustrating for BVB when they went behind due to a lack of concentration at the back.

They soon equalised, but once again found themselves behind five minutes into the second half. The Schwarzgelben were trailing and had to keep fighting, but for all of their possession, they couldn't take their chances.

Dortmund were promising going forward but weren't clinical enough, and were lacking the cutting edge. A lack of shape in defence was what cost them in Berlin, as BVB were absolutely stunned by the Bundesliga debutants in what was a frustrating evening for Lucien Favre's side.

STAR MAN - It turned out to be a frustrating afternoon for Dortmund, but Jadon Sancho was excellent as usual. The Englishman provided the assist for Alcacer's goal and was in top form all game long, with some great crossing and dribbling as he did his best to salvage something. 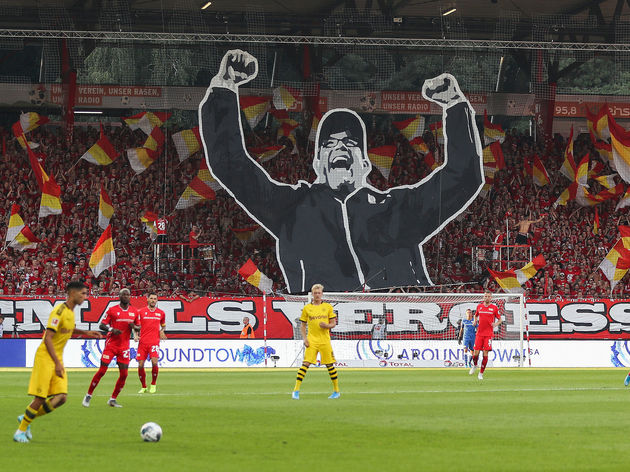 ​The international break gives both sides two weeks before their next game, with both of them back in​ action on 14 September. Union Berlin first host Werder Bremen in the capital, before travelling to Bayer Leverkusen on 21 September.

Borussia Dortmund have back to back games at the Signal Iduna, starting with the visit of Bayer Leverkusen. BVB then open their Champions League campaign three days later in a mouth-watering game, as they welcome ​​Barcelona to Germany.