Manchester City striker Sergio Aguero bagged an impressive brace during his side's victory over Brighton on Saturday afternoon, and in doing so he achieved an incredible feat.

The Argentine predator is known for his ruthless streak in front of goal, and he proved this once more, scoring twice with his first two shots on target in the match.

At the final whistle, ​Opta released a stunning statistic which suggested that these heroics are a common theme for Manchester City's all-time leading scorer.

The Argentine's double meant that he has scored seven goals with his last seven shots on target, demonstrating the forward's deadly nature.

His first goal was a composed finish in the area, latching onto a ​Kevin de Bruyne through ball, and his second was a wonderful curling effort, which floated effortlessly into the top corner of the Brighton net. 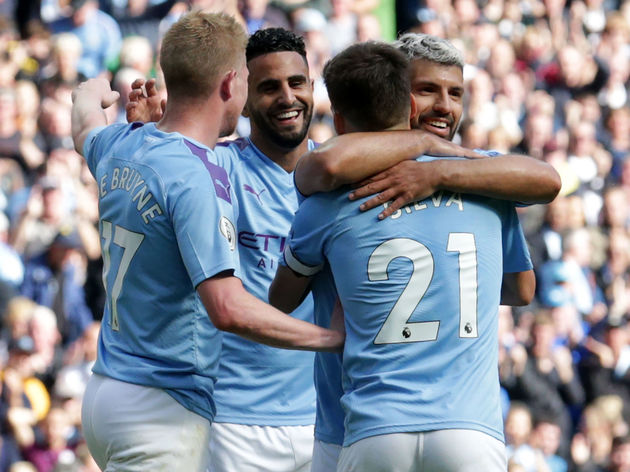 The former ​Atletico Madrid forward bagged his third and fourth goals of this campaign, as Man City ran out 4-0 winners, and he also laid on a lovely assist for the final strike by Bernardo Silva.

Guardiola will be hoping that Aguero can maintain his fantastic form in front of goal after the international break, when the Citizens take on ​Norwich at Carrow Road.