​Leicester they comfortably beat Bournemouth to maintain their unbeaten start to the 2019/20 campaign.

Jamie Vardy scored two excellent goals and teed up Youri Tielemans for a first half tap-in as the Foxes overpowered the away side in an end-to-end encounter.

The Cherries did bag an equaliser thanks to an excellent Callum Wilson finish but they were ultimately second best for most of the encounter.

​Check out our break down of the game below.

Leicester came into the match on the back of an unbeaten start to the season. However, the Foxes hadn't hit top gear in their previous three games and were looking to get in the groove against Bournemouth. 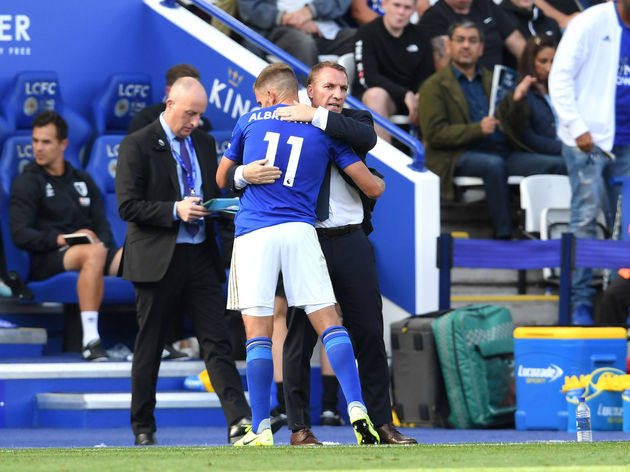 The tempo was lively from the off as the home side got at Bournemouth, exploiting their high line at every opportunity.

They got their reward after just 12 minutes with Vardy's smart strike dipping over keeper Aaron Ramsdale to give his side the lead. Brendan Rodgers will be pleased with the way his team reacted to conceding a quick-fire equaliser as they continued to create chances.

Leicester may have been lucky to survive a VAR check on a red card for Tielemans, but take nothing away from Rodgers' side: they were creative, sharp and hungry as they continue their early push for a top six place. STAR PLAYER - You can look no further than Vardy for Leicester. The fan favourite was at his menacing best against Bournemouth.

He took his goals superbly, lofting one ball over Aaron Ramsdale who was caught in no-man's land. His assist for Tielemans was further testament to his hard work all over the pitch as he dragged his side to an excellent result.

After a defeat, a draw and a win in their opening three matches, it looks like Bournemouth are settling in for another season defined by inconsistency. With an injury list still as long as your arm, Eddie Howe's men would have been wise to be wary going into this tricky away day.

Not our day today. Leicester's third gave the Cherries too much to do. pic.twitter.com/RAXOVB8AEU

They contributed well to a frenzied start to this match and looked dangerous on the counter attack at times. Wilson's run and finish for his goal were excellent but once again the Cherries were undone by some defensive lapses which ultimately saw them ship yet more costly goals.

Howe may be slightly worried by how lifeless his side looked in the second half as Leicester got a grip on proceedings. STAR PLAYER - Wilson was the main goal threat on a disappointing day ​on the road for Eddie Howe's men.

The England international lead the line with authority in the first half and took his goal with real confidence. Had some of the build-up play behind him been a touch sharper in the first half, it could have been a much more fruitful afternoon for Wilson.

Leicester will hope to pick up ​where they left off once Premier League fixtures resume after the international break. They face a trip to Old Trafford to take on Manchester United who will be hungry for points after their slow start.

Bournemouth will hope to notch a second league win when Everton make the long trip down to the south coast.