Tottenham: The XI That Should Start Against Arsenal

​Things don't seem quite right at Tottenham at the moment. Despite claiming four points from their opening two games, the performances did not match the results, and last weekend's home loss against Newcastle highlighted their current shortcomings.

With the transfer window still open across the rest of Europe until Monday, Mauricio Pochettino has admitted that the uncertainty surrounding the future of some players has affected displays on the pitch.

Can Spurs get their season back on track? They have the perfect opportunity to do just that this weekend in the north London derby as they travel to the Emirates Stadium to take on Arsenal.

Here is how they are expected to line up for what promises to be a ​fierce encounter. Hugo Lloris (GK) - The World Cup winner was not always at his best last season, making some high-profile mistakes which saw some calling for Paulo Gazzaniga to be given a chance between the sticks. However, Lloris has made an error-free start ​to the current campaign and will undoubtedly take his place in goal.

Serge Aurier (RB) - The position that will have caused Pochettino headaches all week. Kyle Walker-Peters limped off with a hamstring injury last week and joins Juan Foyth on the sidelines, whilst Eric Dier is also struggling with a hip problem. Moussa Sissoko was shifted to right back in the closing stages last weekend, but it seems most likely that Aurier will be brought in from the wilderness to feature. The Ivorian has not played for Spurs since March, but it appears that he will have to be deployed due to a lack of alternatives.

Toby Alderweireld (CB) - It had looked at the start of the summer as if the Belgium international may have played his last game for Spurs. Yet he remains in north London and has played every minute so far this season. Expect that to continue on Sunday.

Davinson Sanchez (CB) - Sanchez will be under pressure to improve after struggling against Newcastle last weekend, losing Joelinton for the winning goal. Jan Vertonghen will be pushing for a return to the team, but Sanchez is likely to just get the nod, with his pace a key factor in trying to keep Pierre-Emerick Aubameyang and Alexandre Lacazette quiet.

Danny Rose (LB) - Another player who appeared destined for a move away over the summer. Tottenham left Rose at home when they went on their American tour, but he has forced his way back into their plans. With Ben Davies having only just recovered from his own lay-off, Rose should keep his place down the left flank. Harry Winks (DM) - ​The 23-year-old has sat at the base of Tottenham's midfield for each of their first three Premier League games and will likely get the nod once more here. With Victor Wanyama on the brink of a move to Belgium, Tanguy Ndombele injured and Dier not in his best condition, there is very little competition for Winks to fight off.

Moussa Sissoko (CM) - Having hardly got a look in during his first two seasons at the club, Sissoko became one of Tottenham's most important players last year, consistently driving the team forward. He has kept his place in the team in the early stages of this season as well and will have a big part to play on Sunday.

Christian Eriksen (CM) - Eriksen admitted he was seeking a fresh challenge at the start of the summer, signalling that his time at the club was up. The only problem? No club was that keen on buying him. The Danish playmaker has been on the bench for two of the first three games, but he now appears almost certain to stay at Tottenham

Erik Lamela (AM) - Dele Alli is closing in on a return and has an outside chance of starting this weekend, while Lucas Moura rarely lets the side down when he plays. However, Pochettino is clearly a fan of Lamela and appears to view Moura as more of an impact substitute. This will be a close battle, but based on the early stages of the season, Lamela should get the nod once more. 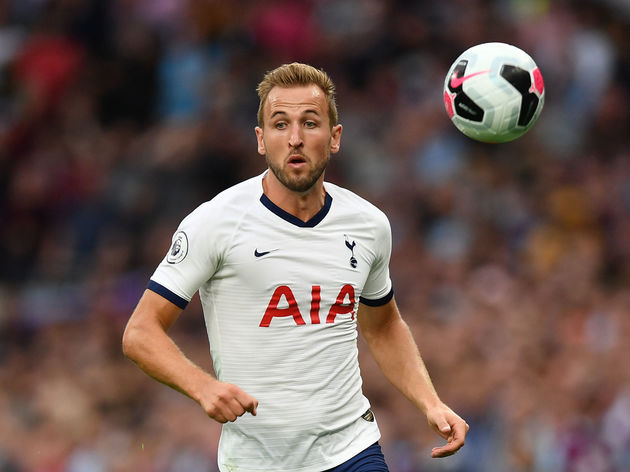 Son Heung-min (ST) - After sitting out the first two matches due to a suspension that carried over from last season, Son was back in the team last weekend. The game did not go to plan for Spurs, but there is no doubt that the South Korean remains an integral part of this team. His pace and movement should cause Arsenal a few problems on the counter-attack.

Harry Kane (ST) - England's captain started the season very brightly, bagging a brace against Aston Villa on the opening day. Since then he has had a quiet couple of games, yet that may be even more reason for Arsenal to be wary of him. Kane