W90
WorldNews
Lists
Next Article
How can Brazil qualify for the World Cup knockout stages?

​Paris Saint-Germain's sporting director Leonardo has claimed they still haven't reached an agreement with Barcelona over the future on Neymar this summer.

It was widely reported on Thursday that there had been a breakthrough in negotiations and that Neymar would complete a move back to Barcelona before the transfer window closes on September 2.

The most recent suggestion is that ​Barcelona are unlikely to re-enter talks after rejecting Paris Saint-Germain's latest proposal, and sporting director Leonardo insists the club still haven't "met out demands" during negotiations for Neymar. 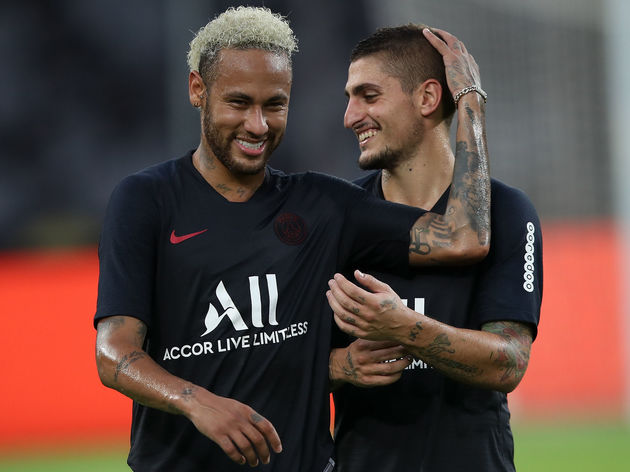 "The negotiations have not broken down but there’s no agreement for now because our demands have not been met."

Leonardo added that the club would still be willing to offload Neymar this summer if an acceptable offer comes in after admitting their relationship with the Brazil international has broken down this summer.