​Juventus defender Giorgio Chiellini has suffered a torn ACL injury during training and is now expected to miss the majority of the current campaign.

Chiellini has been a vital part of Juventus' defence in recent seasons and started his side's 1-0 victory over Parma ahead of new signing Matthijs de Ligt.

Good luck, Captain! Come back soon, even stronger than before! 💪💪💪

De Ligt ​spoke of his shock at seeing his name on the substitutes bench for the game, but it looks like he will get his chance soon as a result of the injury to Chiellini, which ​Juventus confirmed on their ​official website.

There is no mention of how the 35-year-old suffered the injury, other than it was during a training session on Friday. The club confirmed he will undergo surgery in the near future to address the injury.

In terms of a time frame for his recovery, there is also very little to go by. Players can sometimes be sidelined for around nine months, and that period on the sidelines is often longer for players of Chiellini's age.

However, during his time with ​Manchester United, Zlatan Ibrahimovic managed to recover from a similar injury in just seven months, so there is hope that Chiellini could return to action before the end of the ​Serie A season.

During his rehabilitation, De Ligt will likely step into the team to partner Leonardo Bonucci, whilst Maurizio Sarri could even call on Merih Demiral or Daniele Rugani to fill the void. 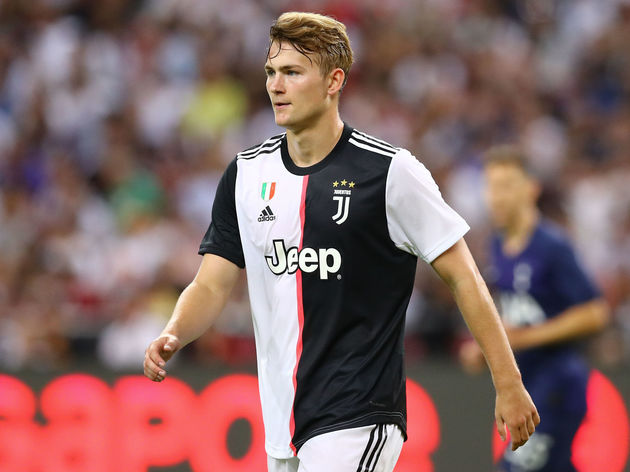 On Rugani, it seems possible that his exit from the Allianz Stadium could be impacted. Chiellini's injury leaves Juventus with just four fit centre-backs, and parting ways with Rugani would see that number drop to three.

The 25-year-old could still leave but, with the transfer window set to close on 2nd September, Juventus would leave themselves with very little time in which to bring in a replacement.