Inter reportedly fear a lawsuit from striker Mauro Icardi that could result in the termination of his contract, as the player's agent considers all potential routes out from the Serie A side. ​

The former captain finds himself frozen out of Antonio Conte's side after a long-running dispute  with the club's higher-ups that saw him stripped of the captaincy last year, and he has already seen his squad number redistributed to Romelu Lukaku. Though there has been interest in his signature from across the continent, his transfer value, wage demands and difficult reputation - as well as his notorious wife and agent Wanda Nara - have meant that no deal has yet been struck ahead of Monday's transfer deadline.

According to ​Calcio Mercato, ​Inter fear the fact he hasn't yet been sold could result in a 'mobbing' lawsuit - essentially that he could sue them for bullying.

This conflicts, however, with reports originating from Sky Sports Italia (relayed by the ​Mail) claiming that ​Icardi is still adamant about staying at San Siro, despite Nara finally coming round to the idea that an exit is necessary for his prospects of first team football. 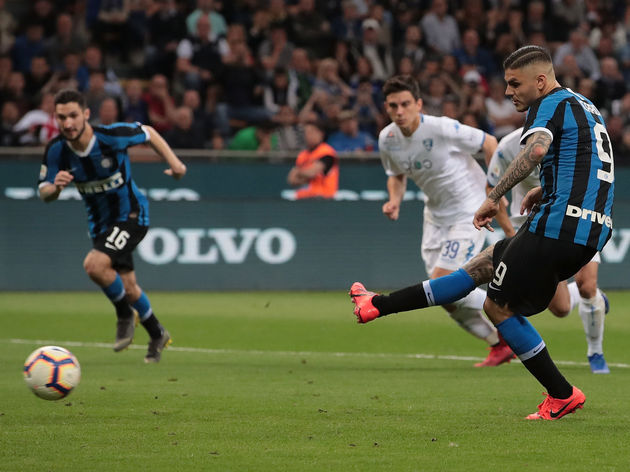 She is reported to have spoken to Inter director Beppe Marotta and agreed to talk the striker into leaving, but this hasn't budged his position.

​Napoli and Monaco are both 'prepared' to pay £59m to secure his services, while Atletico Madrid have also registered interest, but the subtext of the report suggests an initial loan deal is a more realistic prospect.

And while that seems unlikely with months remaining on his deal, should he agree to sign a one-year contract extension that would prevent him leaving for free next summer, Inter would be prepared to sanction an initial loan exit. That's touched on in the Sky report and corroborated by ​Gazzetta dello Sport, who claim that this is the 'only' option currently being considered by the Italian giants.

In any case, it all seems to suggest that we are likely to see an exit of some description before the window closes on Monday, so be sure to keep an eye on things over the weekend.