​Gareth Southgate has revealed Alex Oxlade-Chamberlain would have started for England in the World Cup had it not been for his long-term injury sustained in last season's Champions League semi-final for Liverpool.

Southgate on Ox... “I think we’ve been quite clear in that he would have been in starting XI for the World Cup had he been fit.”

“I think we’ve been quite clear in that he would have been in starting XI for the World Cup had he been fit," Southgate said.

Oxlade-Chamberlain has not played for England since March 2018 but has done enough to convince Gareth Southgate to put him back in the squad, having returned to full fitness this season and featuring regularly for ​Liverpool.

To date, the former Arsenal player has won 32 caps for England, since making his senior debut back in NorwayAshley Young 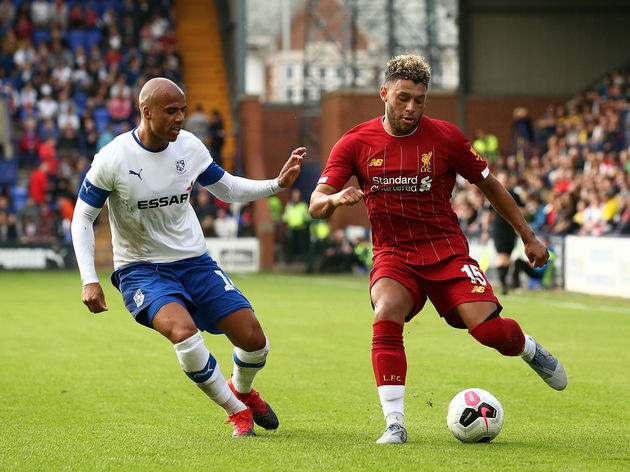 There were other notable mentions in Southgate's squad, with ​Chelsea midfielder Mason Mount getting picked alongside Leicester playmaker James Maddison and Manchester United defender Aaron Wan-Bissaka.

Most notably, however, was the omission of ​Manchester City defender Kyle Walker, who misses out to Wan-Bissaka and Kieran Trippier in the right-back role. On the decision, Southgate said it was '