The City legend shocked the footballing world when he announced he would be departing the Etihad to pursue a coaching career in his home nation at the end of last season.

And despite making a shaky start to life with Anderlecht, current City playmaker De Bruyne has backed his fellow countryman to turn things around, during an interview with ​Sky Sports. 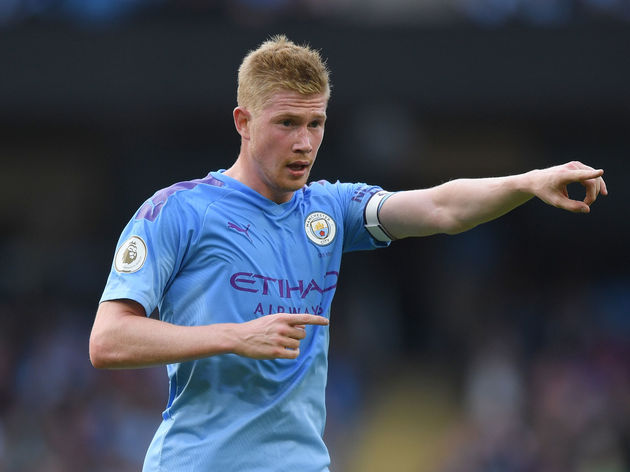 "I think there's a lot of people who want him to fail, because to do this job, to be player and a manager, some people don't like it but I know Vinny pretty well and he probably won't care what people say about it."

And despite the difficult start, ​De Bruyne has assured that his former captain is enjoying his new role. "I think he had like 50 players at the beginning of the season and had to let 25 players go, and he gained 10 players, it's nearly impossible. And then put another philosophy into it, it's very difficult.

"Obviously he didn't start well in terms of points but I can understand it a little bit because he is trying to play a style that we did and obviously we had growing pains, so I can understand that.

"Football is a business where you get points but I think he will get time. In Belgium only one is relegated so I don't think he needs to worry about that! If he gets the time that will be nice." But the reality is that Kompany hasn't enjoyed a positive beginning with Anderlecht, as his side remain winless after their initial five matches, as well as Vinny choosing to allow coach Simon Davies to make tactical decisions while he is captaining the side on the field.

As well as struggling to implement his style inspired by current Manchester City manager Pep Guardiola, ​Kompany could be set to face a spell just managing the team rather than joining the action after he suffered an injury in the 1-0 loss to Genk on Friday.

This setback has even left him doubtful for his own ​Manchester City testimonial, due to take place on 11 September.