​Lazio got off to the perfect start in Serie A on Sunday night as they cruised past Sampdoria 3-0. The game was particularly special for Ciro Immobile, who scored his 100th Serie A goal in the first half, before adding his 101st after the break.

The Italian forward has netted those 101 goals in 189 league appearances. That statistic warrants appreciation. Yet when speaking about elite level strikers, Immobile's name rarely gets mentioned. Is he underrated, or is he indeed just below the top batch of forwards in European football? 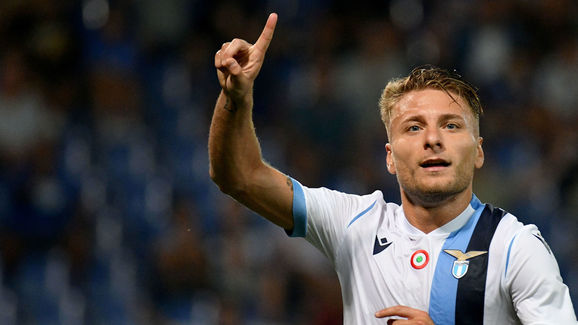 Here are some reasons which indicate why Immobile is so often overlooked.

Playing in the Wrong Era

According to the numbers, Immobile has the worst goals per game ratio of six of the best forwards in European football today, despite his record of scoring at better than a goal in every two games. That record in previous years would have sealed his place as a truly great striker. Nowadays, it does not. In fact, he is some way adrift of the top five.

Let's compare him with great Serie A

Is that unfair? Perhaps so. Of course, nostalgia plays a part. As time goes by, players earn greater respect from fans who can look back at the entirety of their careers and truly recognise just how good they were and what they won. Immobile may well be seen as a great when he eventually hangs up his boots, but for now that is not the case.

Yet to Have a Standout Moment Admittedly, Lazio are not expected to challenge for the Serie A title so Immobile is at a disadvantage here. However, like it or not, strikers are often judged on the significance of their goals as well as how many they score. People remember Aguero's last-minute winner to secure the Premier League for Manchester City Immobile's statistics in his homeland are impressive. The same cannot be said for his record in Germany and Spain.

In his spells at Borussia Dortmund and Sevilla, Immobile netted just five goals in total across 32 league appearances. SuarezAguero

It is a similar story for the Italian national team. Seven goals in 35 caps is hardly a scoring record to write home about. He has been unable to consistently hold down a place in the side, missing out to the likes of Mario Balotelli, Moise Kean and Fabio Quagliarella in recent times. The elite strikers cement their places in their national sides. Immobile has not.

Very Good, But Not Yet Great At 29 years of age, Immobile seems to be at his peak and has plenty of time to continue to carve out his legacy. In time, he may well be remembered as a great striker.

For now though, he is not quite at that level, as he strives to chase down the best in the business.