For Arsenal, this summer was dominated by transfer talk. The Gunners wanted signing after signing, and that's exactly what they got. One of those new faces was Celtic defender Kieran Tierney, who looks set to be their starting left back for the foreseeable the future.

However, Tierney's arrival looks to have brought an end to Nacho Monreal's time with Arsenal, with the Spaniard closing in on a cut-price move to Real Sociedad. Tierney might be the one, but that doesn't mean they should let Monreal go. Having been part of the club since 2013, Monreal knows ​Arsenal. He gets what it means to be a Gunner. Arsenal have already lost Petr Cech and ​Aaron Ramsey this summer, so veteran leadership is certainly at a premium.

With so many new faces joining the club this summer, on top of all the youngsters coming through, they need that experience now more than ever. They need someone to help the new wave come through, and Monreal is the perfect candidate.

He has racked up 251 appearances for Arsenal, and many of those have come as a centre-back. The Spaniard is a versatile option who is capable of filling in anywhere in defence, and players like that aren't easy to come by. 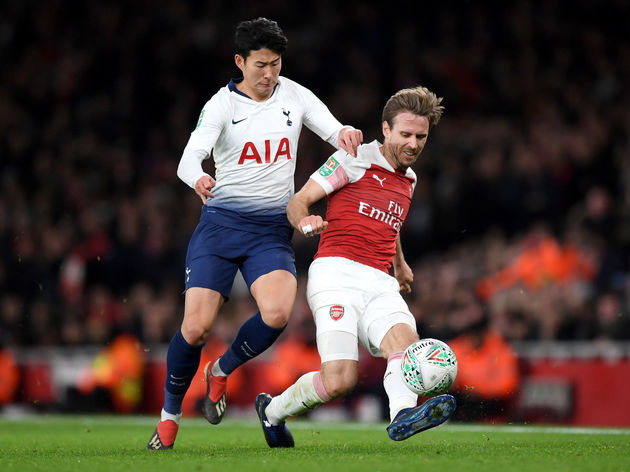 He will likely be needed to play centrally over the coming season. ​Rob Holding and Konstantinos Mavropanos are both injured, ​Calum Chambers and Shkodran Mustafi are simply not very good, and David Luiz is, well ​David Luiz.

If and when things start to unravel, Arsenal will need someone with Monreal's leadership to fill the gaps.

Even if they don't, the Gunners will surely need him at left back. Tierney is great and easily the undisputed starter at the Emirates, but will he be able to keep that position? His time at Celtic was plagued with injuries, and he's not even fit now. At the minute, he doesn't look like the most reliable option from a fitness standpoint. The physicality of the ​Premier League will likely come as a huge surprise to Tierney, who will need time to adjust. Monreal could be his parachute - someone to help him settle in.

Letting him go now would be a huge show of their commitment towards Tierney, but Arsenal just don't need to do that right now. What they do need is someone to help fill in in defence, and someone to lead the side to success. That is Monreal, and Arsenal can't afford to lose that.