Kante has struggled with different injuries since the end of last season and was forced to miss the 3-2 win over Norwich on Saturday after also only being fit enough for the bench when Chelsea faced Manchester United on the opening weekend of the new campaign. Pedro, meanwhile, had played every minute this season until missing the Norwich game. The Spanish World Cup winner has been an important player for Lampard after only being something of a bit-part rotation option under former boss Maurizio Sarri.

“Pedro picked up a hamstring injury and we will assess the severity of it over the next couple of days, but I think it will be tough for him to be back for next week at first glance,” Lampard said of Pedro’s absence in the wake of the weekend’s first win of the season, via ChelseaFC.com.

“We obviously then have the international break, so that might help, but we will be trying to get him back as quickly as possible because he’s an important player.” As for Kante, Lampard added that the international break could also be important in giving the French international extra time off in order to fully recover.

“It’s a difficult one with N’Golo because he’s had four years of constant playing,” the boss said.

“We knew he had that injury from the Europa League final last season, which affected his pre-season, and then he picked up an ankle injury last week. He’s trying and we are trying to get him through it, but the [Norwich] game just came too quickly and he was in too much pain.”

In his first four seasons as a Premier League player since joining Leicester from Caen in 2015, Kante played 142 games from a possible 152. He has also twice reached major international finals with France during that period, affecting his rest and recovery between club seasons. Despite missing Pedro and Kante against Norwich, Chelsea actually grabbed their first win of the Lampard era, a victory inspired by goals from Tammy Abraham (2) and Mason Mount – the young pair have both been able to flourish in the new regime.

Lampard had Mount on loan at Derby County in the Championship last season and hasn’t been surprised by the way the 20-year-old has taken to Premier League action, but even he didn’t expect such an instant impact after making the step up to the top flight. 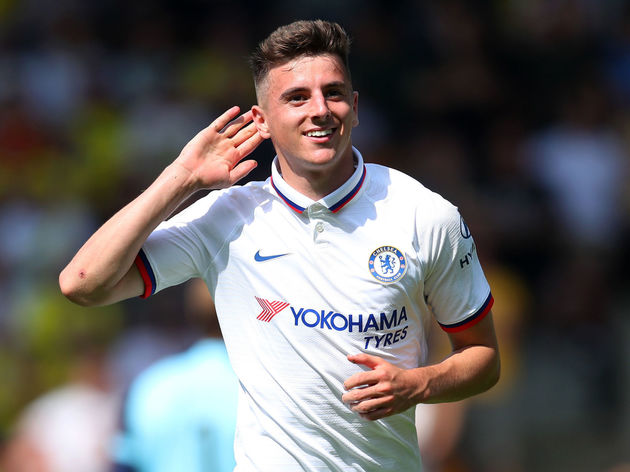 “He has made me stand up and take notice of just how far he can go in the game,” Lampard said. “Doing well last year at Derby was great but that’s one thing, and coming to Chelsea and performing at this level with all the competition for places is another.”