​Juventus defender Matthijs de Ligt has admitted he was surprised to be an unused substitute in the team's Serie A opener against Parma.

Club legends Giorgio Chiellini and Leonardo Bonucci retained their place in the lineup for the 1-0 win, leaving no place for De Ligt, who is yet to make his official debut following his £67.8m move from Ajax this summer. Speaking to ​AD after the game, De Ligt confessed he was surprised not to see his name on the team sheet, but he did accept that it was still early in his ​Juventus career.

"Obviously, I respect the decision of the coach. I must be realistic, as I am still settling in here in Italy.

"I have to earn my place throughout the season. The first five weeks have been tough on a physical level, but I do notice that I'm getting stronger.

"Defensively, the demands are not that different to what I was accustomed to at Ajax, as the Coach wants us to anticipate the movement.

"For me, it's more a case of getting used to everyday things, such as learning the language. I know the important football terms, but I want to improve considerably. I have a course five times per week, so things are going well." 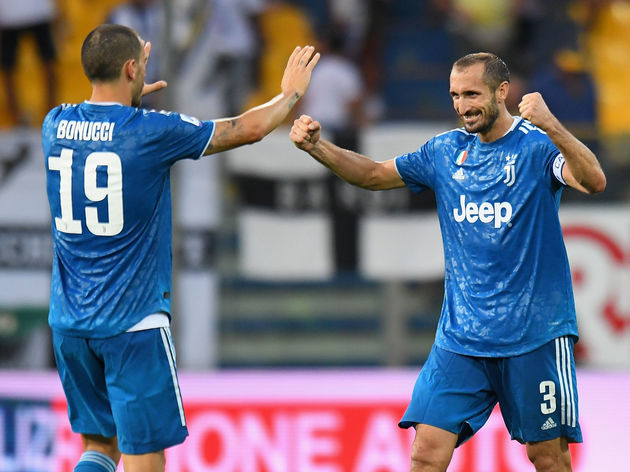 It was Chiellini's first-half goal which ultimately proved the difference between the two sides, and the Italian will certainly believe he did enough to earn a place in the next starting lineup, meaning De Ligt could remain on the bench for the visit of ​Napoli on Saturday.