We may only be three weeks into the Premier League season, but we have already seen some incredible performances, and gameweek three was no different.
Liverpool moved clear at the top of the table, whilst both Manchester United and Tottenham Hotspur were on the wrong end of shocks. Basically, it was everything we've come to love from the Premier League. Martin Dubravka (GK) - Heading into this weekend, nobody thought ​Newcastle United had a chance against ​Spurs. It didn't play out like that, with the Magpies picking up a hard-fought 1-0 win, and they certainly had Dubravka to thank for that. The goalkeeper was immense, and Spurs never looked like finding a way through him.

Trent Alexander-Arnold (RB) - It seems pointless to talk about how impressive ​Alexander-Arnold was in ​Liverpool's 3-1 win over ​Arsenal, because it's just what we've come to expect from him. Yet again, the marauding full-back picked up an assist from a corner, but that's just what he does.

Caglar Soyuncu (CB) - Soyuncu's first season with ​Leicester City was a write-off, but he certainly looks to be making up for lost time now. He was utterly outstanding in their 2-1 win over ​Sheffield United, dominating everything which came his way en route to victory.

Joel Matip (CB) - Standing out next to Virgil van Dijk isn't always easy, but that's what Matip did. The Cameroonian was a force to be reckoned with defensively, and it was his header which opened the scoring against Arsenal. Overall, it was a perfect day for Matip.

Emerson (LB) -​ Emerson looks to have taken over from ​Marcos Alonso as ​Chelsea's left-back and, with performances like his in the 3-2 win over ​Norwich City, he'll stay in the team for a long time. Resolute defensively and dangerous in attack, Emerson did it all for the Blues, who may have finally found the heir to Ashley Cole's throne. Mohamed Salah (RM) - When you score twice against Arsenal, you've always got a good chance of making it into the Team of the Week. ​Salah tormented poor ​David Luiz with his movement and speed, humiliating the Brazilian far too often, in what was a stunning individual showing from the Egyptian.

David Silva (CM) - We should all feel privileged to have the chance to watch ​Silva do what he does best. On his 400th appearance for ​Manchester City, the Spaniard grabbed two assists and was heavily involved in another goal in their 3-1 win over ​Bournemouth, prompting Pep Guardiola to describe him as '​one of the best players I've ever seen'.

James Maddison (CM) - The creative monster that is Maddison was out in force against Sheffield United. In front of England boss Gareth Southgate, Maddison bagged another assist, but could have had five or six as a result of his exquisite passing. If he doesn't get into the England squad, we should just give up on football.

Felipe Anderson (LM) - ​West Ham United were seriously impressive in their 3-1 win over ​Watford, and that is largely down to Anderson. The winger's pace and passing created countless problems for the Hornets, and he deserved far more than just the one assist he picked up. 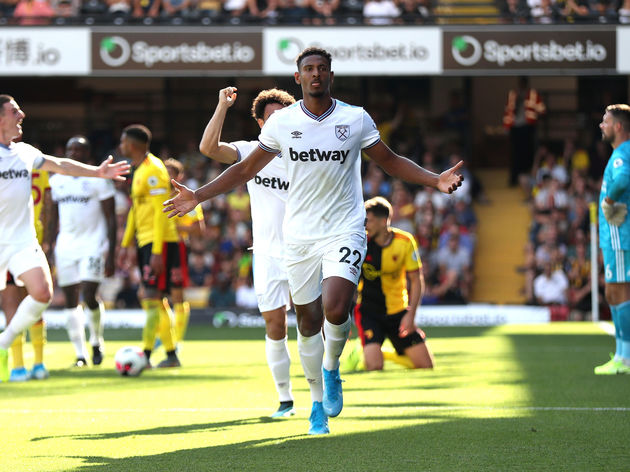 Tammy Abraham (ST) -​ What a weekend this was for Abraham. Having faced plenty of criticism in his young career, he needed to come up with the goods against Norwich, and he certainly did. His two goals were both fantastically taken, and he had fans losing their minds over him. When he gets going, you can't stop him.