No, we haven't finally lost the plot. That happened a long time ago. ​Believe it or not, there is some actual factual (well, tabloid factual) grounding for this one.

Granted it's a long way from concrete, but reports on Monday claim that FIFA are exploring many possibilities to further the use of technology in football. One such implementation, it is reported, could be the altogether scrapping of human linesmen, with ​ROBOTS taking their place. Of course, if it comes to anything substantial, 'robots' will likely just translate to an extension of VAR, and not the wide-spread use of the sort of sentient humanoids that all of pop culture has conditioned us to fear and laugh at in equal measure over the decades... 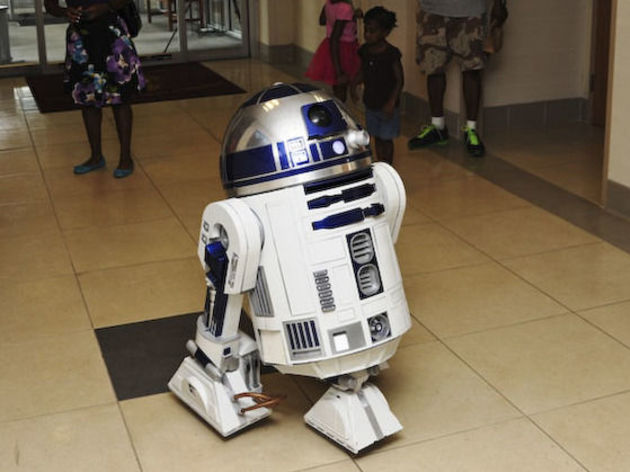 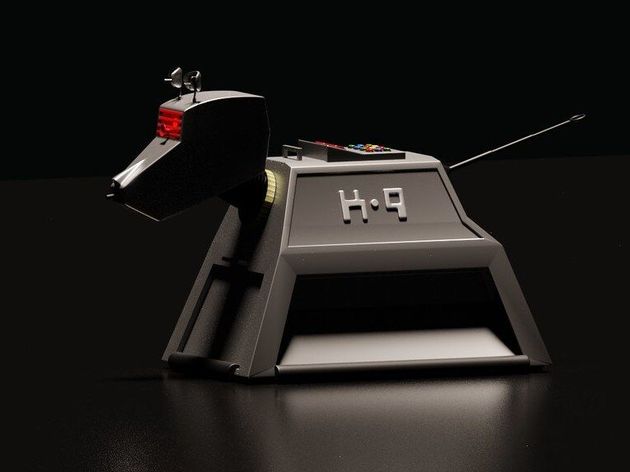 Yes, the creepy emo Johnny Depp dude is a robot (sort of) but he's probably not a linesman.

How's he going to hold the flags? While physically up to the task, it's difficult to imagine him doing a good job really, isn't it? He certainly wouldn't take any cheek from the likes of ​Dele Alli, but he would murder everyone who crosses him, and no matter what way you look at it, that's a probable disadvantage to the sport in the medium to long term.

I'm also not sure that it's legal for linesmen to wield sawn-off shotguns, so we're probably better steering clear of Arnie. "All linesmen are morally cops, and RoboCop is the purest version of that." - unnamed 90min colleague

It's a captivating argument, but unfortunately not one that elevates everyone's favourite automated policeman out of mid-table.

He has his pros for sure, with his heightened vision and regimented discipline, but he would be too slow to keep up with play, and with the often-petulant behaviour of modern football fans, he'd likely spend the entire game arresting people. Nothing would get done.

Get your ears on and share a selfie! #CiN

Moveable arms, check, lack of tolerance for foolishness, check, history of being commentated on by Jonathan Pearce, check and check.

In many ways, 750kg (I know, I just looked it up and it shocked me too) Sir Killalot is the ideal modern lino. However, his unquenchable robot thirst for killing is, like Arnie, a blot on his copy book. Also, more importantly, his top speed is 10mph which is frankly not good enough to keep up with even the slowest players (maybe in Serie A).

Still, the idea of him grabbing goalhangers by the heel and chucking them in 'the pit' is an enticing prospect. Paul Bettany's Vision, while not technically a robot if we're splitting hairs, would probably do a better job of it than most actual Premier League linesmen. He's a consummate, vigilant professional, and always makes the right decision for the greater good - the greater good, in this case, being the football match at hand.

As a by-product of Tony Stark and one of the Infinity Stones, he's the most intelligent being on the planet, meaning that understanding the intricacies of 'second phase' and 'daylight' would be no issue. And he can fly - a huge help in keeping up with the play and defusing riots before they start. Anyone who's seen the Matrix trilogy in its entirety will be absolutely terrified of this man, and that's what you want your officials to inspire. Unmitigated terror.

He passes as human more than anyone else on this list and has the ability to multiply himself innumerably, meaning you could surround the pitch with assistant referees if you wanted to. Lumberjack match style.

Every football match would, of course, have to take place inside the Matrix, but that's alright, since reality is probably just a massive simulation anyway. The idealistic, morally incorruptible leader of the Autobots, there is no topping Optimus Prime. What a coup he would be if the Premier League could land him.

Of course, he's 28ft tall, which doesn't spell good news for the supporters behind him, but from a purely sporting perspective, his monumental stature is only an advantage. He wouldn't miss a thing.

This towering scrap-metal Mike Dean would be the optimal appointment.