​Bordeaux are considering a move for Arsenal midfielder Mohamed Elneny, who has been publicly told by manager Unai Emery that he should leave the Emirates Stadium this summer.

Emery ​recently urged both Elneny and defender Shkodran Mustafi to leave Arsenal as neither player is part of his plans going forward, and the manager does not want unhappy players at the club. 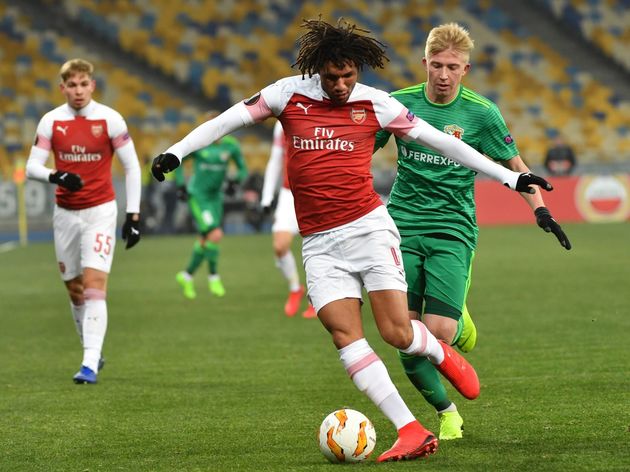 Galatasaray are thought to have made a real push for Elneny but, according to ​Foot Mercato, Ligue 1 side Bordeaux are ready to reignite their interest in the ​Arsenal man.

Signing a midfielder is believed to be high on Bordeaux's agenda. Having seen talks over a move for Monaco midfielder Youssef Ait Bennasser stall, they have returned for Elneny, who was previously linked with them earlier in the summer.

However, Elneny's wages have proven problematic thus far, so they want the Egyptian to agree to a pay cut to seal a move overseas.

During Emery's first season in the dugout at the Emirates, Elneny managed 17 appearances in all competitions, but started just five ​Premier League games - most of which came in the latter stages of the campaign.

He struggled to impress Emery, who preferred the likes of Lucas Torreira, Granit Xhaka and Matteo Guendouzi in midfield.

Now, after seeing Arsenal promote Joe Willock from the academy and sign Dani Ceballos on loan from ​Real Madrid, first-team opportunities appear incredibly hard to come by for Elneny, who is yet to make a matchday squad this season.

He seems destined to leave the club this summer and bring his three-year association with the Gunners to an end. Since joining from Basel, Elneny has managed 89 appearances for Arsenal, but he has never held down a permanent place in the starting lineup and has often been forced to settle for appearances in cup competitions.

The European transfer window is set to slam shut on 2nd September, so Arsenal don't have too much time left to get Elneny off the books. They may be forced to accept a cut-price deal, so as to ensure he actually leaves the club.