The Red Devils fell to their first defeat of the season after a win and a draw in their opening two fixtures. Daniel James’ late equaliser had cancelled out Jordan Ayew’s first-half strike, before Patrick van Aanholt's dramatic stoppage time winner snatched the win for the visitors.

Speaking after the game, Solskjaer reflected on a number of issues from the game - ranging from the defeat itself to several penalty claims that went unrewarded, as well as 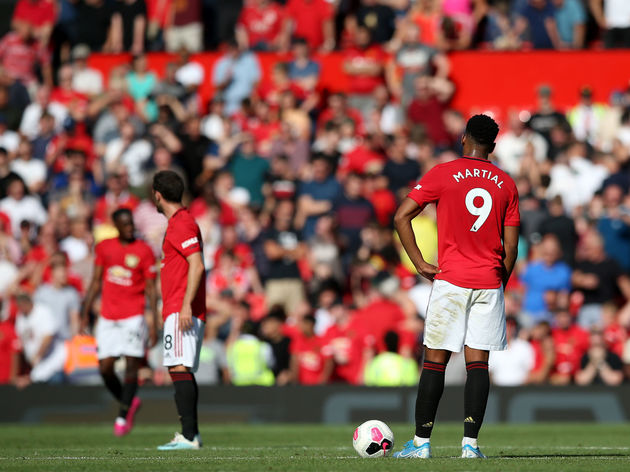 Despite dominating the opening half hour, ​United found themselves behind going into half time, with the boss admitting to the club’s official website that things weren't good enough.

“The first half was poor. In the first half-an-hour you're feeling you're controlling it and maybe it seems too easy," Solskjaer said.

“In the second half, I thought we were excellent. We were pressing, pushing, creating chances, just not scoring. We didn't have that Midas touch today.”

Solskjaer was gracious in defeat, though, praising ​Crystal Palace for the quality of their performance. He added: “We knew they were going to come here to defend well and counter attack. They've got pace up front, they've got quality up front and they had three chances, scoring two goals.

“They shouldn't really be chances, really, two of them. Maybe they could have come at us, but that happens. They scored a good goal.” 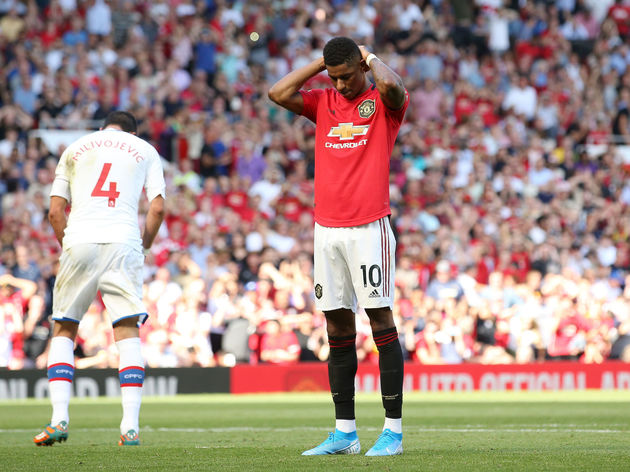 United were awarded a penalty after the hour mark, when Luka Milivojevic clipped Scott McTominay in the area. While that spot kick was correctly awarded, Solskjaer was frustrated that a number of other penalty calls weren’t given.

“There were a few other [penalties that should’ve been given], definitely. Fine margins, isn't it?” he said.

Anthony Martial and Marcus Rashford were the unlucky players to be bundled over without reward, but when for the one they were awarded, it was Rashford who stepped up - just six days after Paul Pogba missed against Wolves against Molineux - only to see his effort strike the post and ricochet away. Shaw was replaced just after the half-an-hour mark, while Martial was struggling towards the end of the game - though Solskjaer gave little away about the pair's condition..

“We'll have to wait and see. Hopefully they won't be too bad and maybe we can have them training during the week.”

On Martial, Solskjaer added: “For the last five minutes we should have managed them better, because Anthony [Martial] was injured. He was hobbling around, so he couldn't really give us anything, so we played with 10 men.”

United are in action next Saturday, as they face Southampton at St. Mary’s. The Red Devils are then back at Old Trafford after the international break, when they host Leicester on 14 September.