Bayern Munich bounced back from their draw against Hertha Berlin with a comfortable 3-0 win over Schalke at the Veltins Arena on Saturday to help the reigning Bundesliga champions keep up with leaders and rivals Borussia Dortmund.

Robert Lewandowski opened the scoring from the penalty spot on the 20-minute mark after great work from Kingsley Coman. 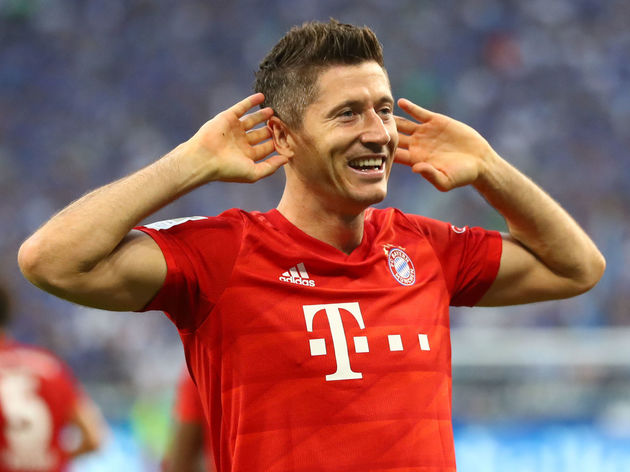 After a disastrous 2018/19 campaign, ​Schalke have started poorly under former Huddersfield boss David Wagner. Having only scored 37 goals in 34 games in the ​Bundesliga last season, of opportunities to do so. STAR PLAYER - A disappointing result for Schalke, especially after having a great spell in the second half when they should have been awarded several penalties, all catalysed by substitute Ahmed Kutucu.

He changed the game for Schalke in the attacking third, creating many half chances and even having a great run that was very close to ending up as a goal. He was, however, unable to turn his hard work into anything meaningful as Schalke struggled to put the ball in the back of the net.

Kutucu. What a player he’ll be for us. Changed the entire game up front.

FULL TIME: Schalke drop the home opener to Bayern.
No goals scored in two games now.
Could be time to look at starting a player like Kutucu or Reece in place of Burgstaller to try and get a early goal and then defend that.#S04

Funny how Kutucu completely changed this match. Who would have thought? #S04FCB

What would ​Bayern be without Robert Lewandowski? The recently turned 31-year-old is still one of the most crucial players at the club, with his performance on Saturday proving his worth once again. Manager Niko Kovac will be pleased that his star player performed well in what was a new system for the German champions. Kovac handed Bundesliga debuts for the club to Lucas, Philippe Coutinho and Ivan Perisic but it was Lewandowski who once again stole the headlines. French winger Kingsley Coman also put it in a great performance, chipping in with two assists for the Pole as Bayern got back to scoring and dominating opposition.

A good performance will give Kovac's side a nice confidence boost and they'll will be hoping they can carry on their great attacking form with a clash against title challengers RB Leipzig on the horizon.

STAR PLAYER - There were several good performances in the Bayern squad but Lewandowski was the standout player once again for the Bavarians. His three goals were more than enough for Bayern to seal their first three points in the Bundesliga.

It was a complete performance by the Pole, with his goals coming from the penalty spot, a direct free-kick and a great finish. All his goals showed great composure, with his free-kick being the pick of the bunch, the ball flying into the top corner past young keeper Alexander Nübel.

It's time to include Lewandowski in the conversation for best players in the world. Unreal.

Robert Lewandowski for Bayern Munich across all competitions this season:

0 goals vs. Dortmund
1 goal vs. Cottbus
2 goals vs. Hertha Berlin
3 goals vs. Schalke

LEWANDOWSKI the best striker in the world no debate ⚽️⚽️⚽️

Bayern needed that win to stop them from falling behind in the title race even further, and they got it.

Die Roten next face Mainz at the Allianz before meeting fellow title challengers RB Leipzig in what will be a hotly contested affair.