​Manchester United left-back Luke Shaw was forced off during his side's Premier League match with Crystal Palace on Saturday after appearing to damage his right hamstring.

The Red Devils had gone a goal down minutes prior, with the defender still attempting to shake off the injury before realising his efforts were in vein. A surge down the left flank triggered the issue as Shaw pulled up, coach Ole Gunnar Solskjaer eventually having to replace the 24-year-old with Ashley Young. It is a cruel blow for the England international, who has been sidelined for large periods of his ​United career due to several fitness problems.

He fractured his leg in September 2015 in a ​Champions League encounter with PSV Eindhoven, an injury which saw Shaw out of action for 10 months.

Damage to his foot - sustained during a game against Swansea City in 2017 - led to over 100 days away from the pitch, Shaw missing a total of 14 fixtures in that time.

The hamstring issue picked up on Saturday is the 11th injury of the defender's career, though he has nonetheless racked up over a century of appearances in the ​Premier League, plus eight for England. 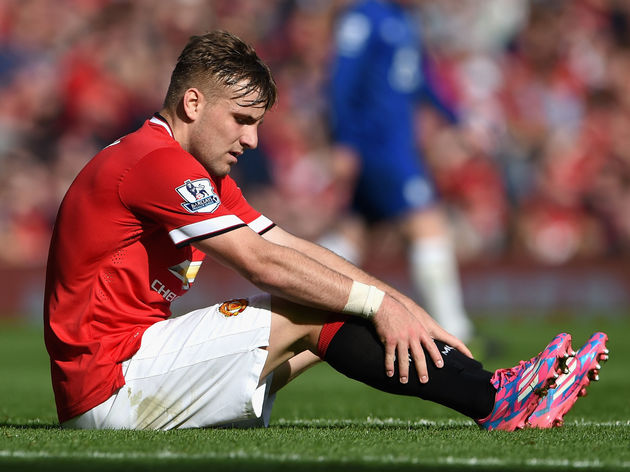 Shaw broke into the ​Southampton first-team in 2012/13 and was an instant success at St Mary's, playing in one more campaign for the south coast club before switching to United for £30m.

Last term was his best in terms of fitness as the Saints academy product featured in 40 matches in all competitions, a career best.