​Chelsea striker Tammy Abraham has scored more goals than any other English player since the start of last season, taking his tally to 28 after netting twice in the club's 3-2 win over Norwich City on Saturday.

Battling with the likes of Harry Kane and Raheem Sterling as the Three Lions' best marksman, Abraham had a slow start to the campaign and struggled to find the back of the net in Chelsea's opening two matches.

But two goals either side of Mason Mount's effort has seen Abraham become England's top goalscorer in the top two tiers (including play-offs) since the start of last season. 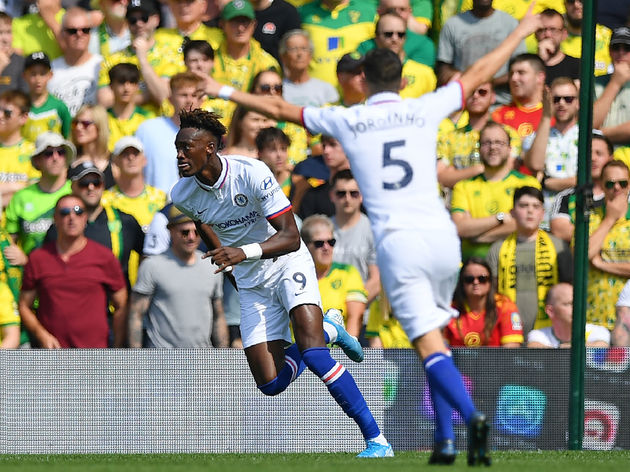 The 21-year-old has also become the third youngest Chelsea player to score a league double, with Abraham sitting behind only

The arrival of new manager Frank Lampard was believed to bring a host of opportunities for Chelsea's golden generation of academy graduates, offering the likes of Abraham, Mount and Callum Hudson-Odoi regular first-team football.

Although the latter is still returning from injury, both Abraham and Mount have featured heavily under Lampard already this season.

21 - This is the first time two English players aged 21 or under have scored in a Premier League match for @ChelseaFC since 22nd August 1992, when Eddie Newton and Graham Stuart scored against Sheffield Wednesday. Throwback. #NORCHE pic.twitter.com/fUQ9T5ksUs