​Liverpool defender Virgil van Dijk has named his toughest opponent he has played against, and has also shed light on who he believes is the best player he has had the pleasure to play alongside.

The Dutch international has been nothing short of phenomenal in his time at Anfield, becoming one of the best players in world football. This is, of course, reaffirmed by the fact that he has become the favourite to claim the Ballon d'Or.

His performances led the Reds to an incredible 97-point haul in the Premier League and Champions League glory last season, and the towering centre-back is now set to be ​rewarded with a new contract which will see him double his current wages. ​Liverpool have won their first two games of the new league campaign, but the Merseyside club will face a sterner test when they take on Arsenal on Saturday. Prior to the game, Van Dijk held a fascinating ​interview with talkSPORT, in which he was asked about a whole host of topics.

Most intriguingly, when asked about the greatest player he has played with, he replied: "​Roberto Firmino 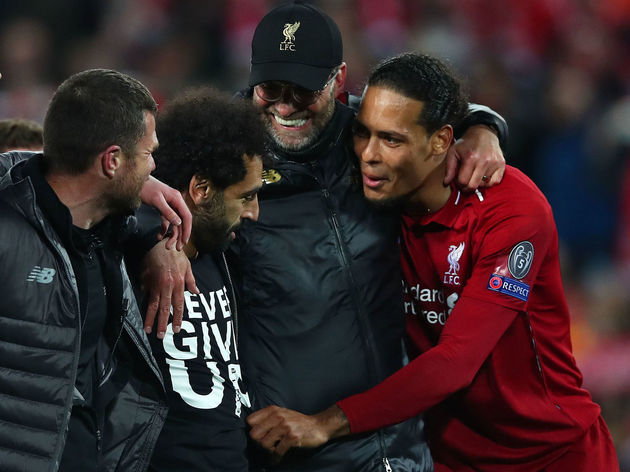 Van Dijk showed his love and passion for Liverpool when revealing that Liverpool's kit is the best that he's worn, while also insisting that Anfield has the best atmosphere and is the best stadium in general. His greatest managers? Jurgen Klopp and Ronald Koeman, which is little surprise as he is coached by both.