​The Scottish Premiership is well underway and Rangers are looking to break Celtic's spell of dominance at the ninth time of asking, with a tricky away day at St Mirren on Sunday next up on the agenda for Steven Gerrard's men.

The Buddies beat continental qualifiers Aberdeen 1-0 last week, showing the kind of results they can produce at St Mirren Park. As for Rangers, a dominant start to the league has left them with six points and a plus six goal difference after just two games. Could it finally be the season Celtic's run comes to an end?

Check out 90min's preview for the Scottish Premiership clash below.

Cody Cooke is still recovering from a torn knee ligament and won't be available for Jim Goodwin until November. This means Jonathan Obika, who joined on a free transfer from Oxford United this summer, or Danny Mullen will have to lead the line.

The Buddies have struggled for goals of late, scoring just three times in their last five matches, and the return of Cooke will be greatly welcomed. Gerrard has been lucky so far this season with only Greg Stewart having injury concerns. However, with tough Europa League qualifiers almost every Thursday night, fatigue could come into play for the Gers.

The decision not to start ​Jermain Defoe against Legia Warsaw on Thursday will have a beneficial impact for Sunday's clash and as long as Alfredo Morelos doesn't pick up too many suspensions Rangers should score plenty of goals this season.

These two sides have faced off a monster 237 times in a fixture that dates back to 1890. Unsurprisingly, Rangers have won the majority of the ties - 161 to be exact. St Mirren have beaten their opponents just 30 times, leaving space for 46 draws.

The vast number of matches is due to Scottish sides playing each other three or four times in a domestic season. In 2018/19 Rangers won all three of these matches without conceding a goal. The final of these matches was at the Ibrox in February where the hosts ran out 4-0 victors courtesy of three penalties. The 2009/10 Scottish League Cup saw Rangers lift the trophy after they beat the Saints 1-0 in the final.

You can't say it's been a very exciting time for St Mirren fans yet this season. After five 1-0 results in a row they may be getting slightly bored. However, with Rangers visiting there is sure to be a lot of goals to view.

The Buddies will be hoping the appointment of Jim Goodwin can bring an improvement on last season, where they escaped relegation via a playoff with Dundee United on penalties. Their opponents failed to score once in the shootout. At the other end of the table, Rangers seem to be closing the gap on bitter rivals Celtic season by season and with the two sides from Glasgow the only two with maximum points this term it looks to be another two horse race in Scotland.

A convincing 6-1 thrashing of Aberdeen wasn't enough for Gerrard, who thought they should've scored more, showing the current desire of this Rangers side.

St Mirren will be pleased with their win against Hibernian last weekend. However, their lack of attacking threat will trip them up soon and against an in form Rangers they may struggle up top. 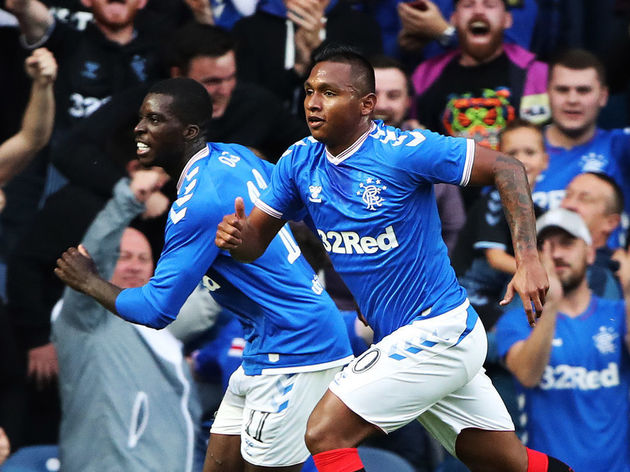 Steven Gerrard is doing a great job so far, with Rangers progressing in the Scottish Cup, matching Celtic blow for blow in the Scottish Premiership, and having one foot in the Europa League group stages. His side should be too strong for their opponents come Sunday.