​West Ham playmaker Manuel Lanzini has admitted he is keen to sign a new contract and stay at the London Stadium.

Since arriving at the club from the UAE based side Al Jazira in 2015, Lanzini has won his way in the hearts of the West Ham faithful, making 111 appearances and scoring 21 goals.

His impressive performances over the years have caught the eye of a number of bigger clubs, but the Argentine revealed in a ​Sky Sports interview that he has no intentions of departing any time soon. 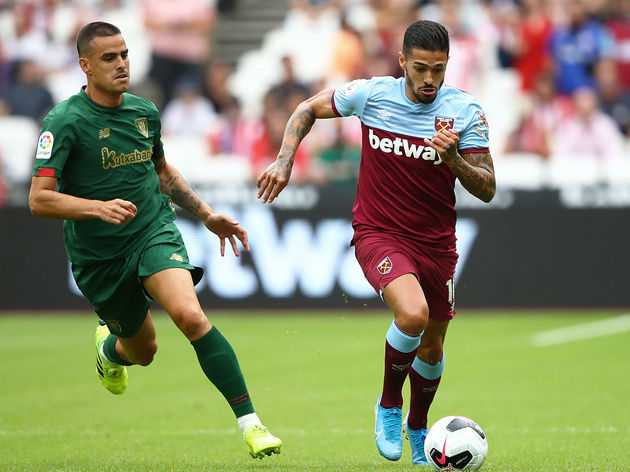 The 26-year-old said: "Yes, we are talking with the club about staying and, of course, I want to stay. It is like my home. It is my fifth season now, I love the fans, the fans love me and the club is amazing."

The Hammers have a clause that would extend the creative midfielder's stay in east London for a further two seasons, but Manuel Pellegrini is keen to ensure Lanzini remains at the club for even longer. Talks have started over a long-term deal. The attacking-midfielder appears to have finally recovered, however, and he provided the assist for Javier Hernandez's goal against Brighton on Saturday.

"I spoke everyday with Manuel [Pellegrini] and he understands me and I understand him. I did a really good recovery and since I started to play again, I believe I have done really well.

West Ham will need Lanzini to continue his resurgence against ​Watford this weekend, as the Hammers are so far without a win in the Premier League this season.