Atletico Madrid 'Have No Doubts' Over Signing of Valencia Forward Rodrigo

​Rodrigo looks set to become the latest addition to

Angel Correa's proposed move to Milan appears to be the only issue holding the deal up, with the deal for Rodrigo set to be confirmed shortly after the ​Atletico forward swaps ​La Liga for Serie A.

Marca add that while the 28-year-old will initially join the club as backup to Diego Costa and Alvaro Morata, he will be given opportunities to stake a claim in the starting XI.

The imminent arrival of Rodrigo, who formally spent one year on the books at Real Madrid, is set to become the latest high-profile addition to Simeone's squad, with the likes of Joao Felix, Marcos Llorente and Kieran Trippier all making the move to the Spanish capital this window. 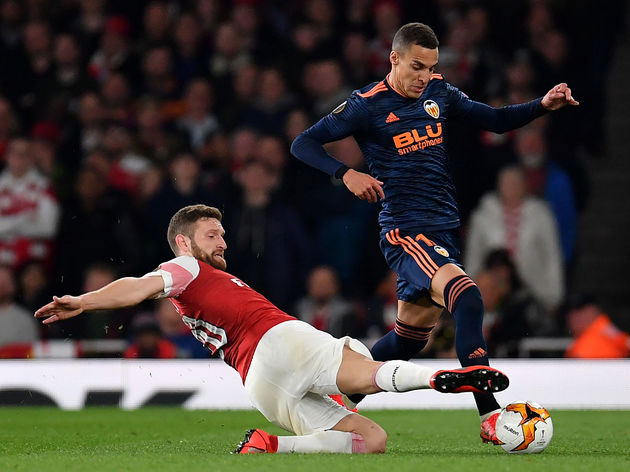 Born in Brazil, the forward made the move to Madrid's youth ranks before joining Benfica in 2010. Loan spells at Bolton Wanderers and Valencia followed, before the striker made his loan move to the latter permanent in 2015.

There he has established himself as one of Valencia's key figures ever since, notching 15 goals and registering ten assists in all competitions last season, which followed on from 19 goals the season prior.