​Ex-Nottingham Forest and Ghana striker Junior Agogo has died at the age of 40.

The target man struggled to break into the first-team setup at Hillsborough after graduating from the Sheffield Wednesday academy, with various loan spells at lower league clubs preceding a permanent move MLS outfit Chicago Fire. He made his way back to England with a transfer to Queens Park Rangers in 2002, before stints at Forest and Bristol Rovers. 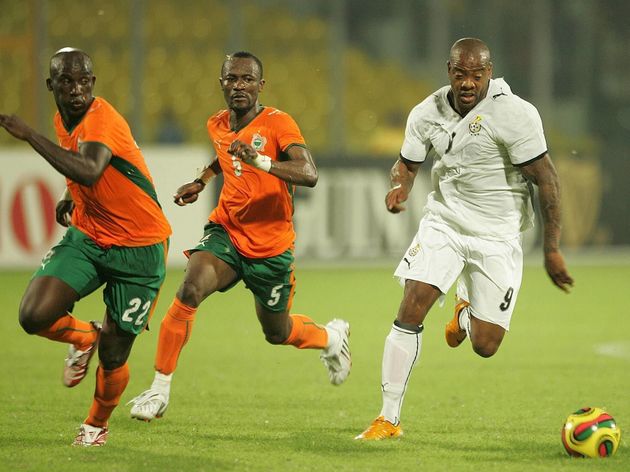 A stroke in 2015 saw a significant dip in his speaking abilities, with Agogo discussing the adversity he faced as a result in a BBC Four documentary two years later.

During his playing days, the forward was unfortunate to miss out on a place in Ghana's 2006 World Cup squad. However, he grabbed his first goal for the Black Stars later that year, hitting the equaliser in a friendly with Australia.

That was the first of 12 strikes for his country, with his selection for the 2008 Africa Cup on Nations representing one of the striker's finest achievements as a footballer.

Rest in peace, Junior ❤️
#NFFC are saddened to learn that former striker Junior Agogo has passed away.

The thoughts of everyone at the club are with Junior’s family and friends at this sad time. pic.twitter.com/0t8wlpnEW1

Prior to his stay at the City Ground, Agogo spent three seasons with Rovers, for whom he netted 41 goals in 126 matches.

Though he turned out just once for Chicago Fire, the Accra native was handed an opportunity to impress at fellow American team Colorado Rapids, where he netted 11 goals across two campaigns with the club.