​Keylor Navas has handed in a transfer request at Real Madrid with the goalkeeper seemingly growing tired of playing second fiddle to first choice Thibaut Courtois.

Since the Belgian's arrival from Chelsea just over one year ago, the Costa Rican has been largely resigned to a role on the bench and was limited to just ten La Liga outings all last season.

His frustrations have reached boiling point it seems, with the 32-year-old now handing in a transfer request at ​Madrid as he looks to kick start his career. ​Marca were the publication to break the news, stating that Zinedine Zidane informed Navas of his decision to keep Courtois as number one, with the goalkeeper acting promptly to seek pastures new.

It is added that Los Blancos are aware of his desire to leave the club, and their search for a replacement is seeing them eye an experienced goalkeeper to make up the numbers on a short-term basis.

The reason for that is because Andriy Lunin will reprise his role as second choice next season after he completes his season-long loan at Real Valladolid, a move which was confirmed last week. 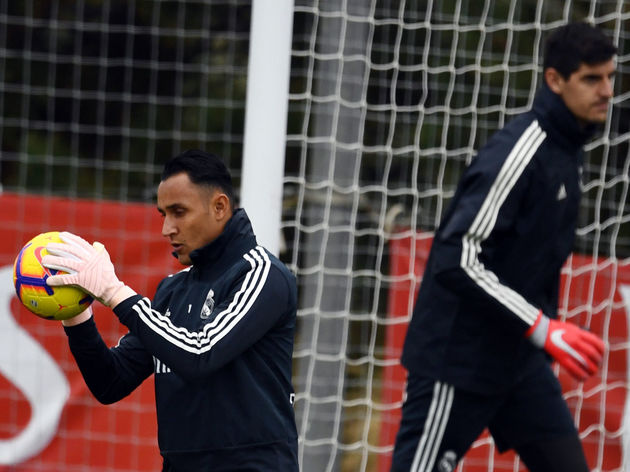 Paris Saint-Germain failed in a bid to sign the Costa Rica international at the end of last season, but fresh reports suggest Thomas Tuchel is still keen on bringing the player to France and has asked the club to keep tabs on his situation.

Most recently, Madrid ​attempted to ship Navas out as part of one of a flurry of bids that have gone PSG's way. This time