The 25-year-old has been linked with a move away from the German giants all summer, with French side Paris Saint-Germain showing interest in the Portuguese international. However, Borussia Dortmund, who value the player at around €25m, have not received any firm bids.

With ​Guerreiro out of contract next summer, the club are now desperate for him to sign a new three-year deal, worth €5m a year, to prevent them losing the star for free in 12 months time according to ​Bild. Last week, chief executive Hans-Joachim Watzke spoke on the issue and admitted the club do not want the Portuguese to enter the final year of his contract.

He stated: “If we hear he does not want to extend [his contract], then we have to think about what we will do then.

“Next year he could leave for free. That’s a scenario we absolutely don’t want to have.”

While Guerreiro missed Borussia Dortmund’s ​Bundesliga opener on Saturday, a comprehensive 5-1 victory against Augsburg, he has now returned to training with the team following this summers speculation surrounding his future. 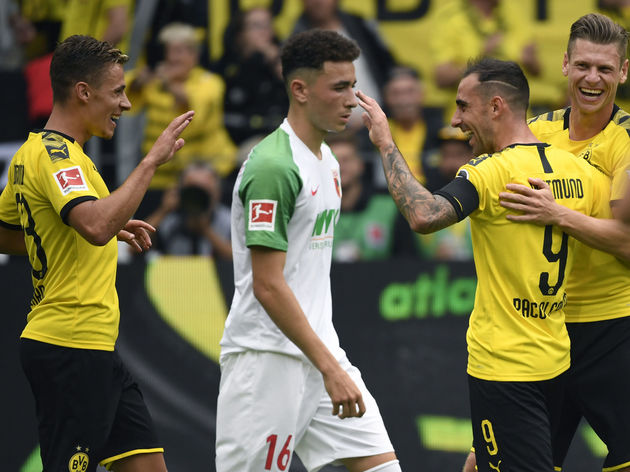 Although new signing Thorgan Hazard started in Guerreiro’s place last weekend and delivered an encouraging performance, ​Borussia Dortmund will need to have strength in depth and will not want to lose a man who scored four times in the Champions League last season for free come May.

Alongside his performances in Europe, Guerreiro was impressive for Portugal in June, as he capped off the season by lifting the Nations League trophy with his national side after their victory against the Netherlands in the final.