The first week of action saw a raft of big dogs take their accustomed place in the opening week's dream team, but week two has sprung a number of surprises - leaving the land of fantasy contemplating their alternative reality futures after an average haul of just 41 points.

Almost 10m transfers were made after the opening gameweek, and over 263,000 wildcards played (sorry, WHAT?!) - but did you manage to nab any of the creme de la creme?

Let's find out by spinning you the dream team... Dean Henderson (9pts) - This week's points love-in starts up at Sheffield United, via Manchester, and on-loan short stopping extraordinaire Dean Henderson. He was so unbelievably extraordinary that he made a whopping...four saves, which startlingly was enough to earn him two bonus points against Palace, as well as a clean sheet. Happy days. 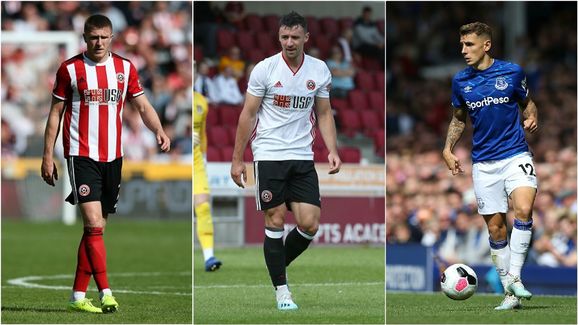 John Lundstram (14pts) - Henderson may have been good, but teammate John Lundstram decided to go one better. He notched the Blades winner at Bramall Lane, helped to keep that oh so important clean sheet and scooped maximum bonus points. That gave him a stonking total of 14 points and the accolade of top defender of the week.

Enda Stevens (7pts) - Who would have thought that the first three players in this week's dream team would play for Sheffield United? Well, me as it goes as I'm totally celebrating a handsome points total after last week's festivities (I'm really not). Nevertheless, Stevens chipped in with a number of clearances, interceptions and tackles - earning himself a cheeky little bonus point and a spot among the best of the week. Dreamy work Enda.

Lucas Digne (11pts) - Now we're talking - and back on track with a real darling of fantasy football over the past 12 months. Former Barcelona defender and current Everton left-back Lucas Digne loves an assist, and guess what? He chalked one up last week, kept a clean sheet and got bonus points under his belt. Crash, bam, wallop, what a boy. 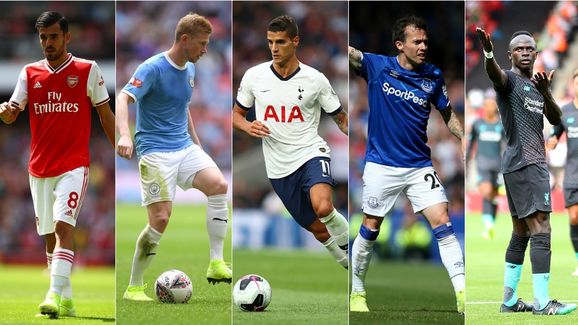 Dani Ceballos (11pts) - ​Arsenal have been crying into their Hovis for what seems like forever in a day, but have they finally found a midfield genius capable of picking a pass on a regular basis? That might be an exaggeration, but Dani Chebs was pretty tasty against Burnley and set up both of the Gunners' weekend goals. 11 points later and everyone is obviously rushing to sign the now £5.6m playmaker.

Kevin De Bruyne (11pts) - Injuries galore ruined KDB's 2018/19 campaign, with the Belgian racking up just 968 Premier League minutes. He's bounced back in style, though, with his brace of assists against Tottenham this past weekend taking him up to three this season - as many as he achieved last season. But when you consider he nabbed 18 and 21 in the two previous years, you remember just how bloody good he is.

Erik Lamela (12pts) - ​De Bruyne may have earned all the plaudits, but he wasn't the leading points hoarder in the City-Spurs game - that accolade falls to another injury prone star, Erik Lamela. The Argentine can be brilliant and oh so frustrating at the same time, but he turned on the style this week by scoring one, and setting one up. 12 points later and it was happy days for a player who has failed to play over 1,000 Premier League minutes in each of his last three seasons.

Bernard (11pts) - When you score the only goal in a pretty low-key 1-0 win, chances are that you're going to scoop the man of the match award. Enter, Bernard, who did exactly that this past weekend for Everton against Watford. The diminutive Brazilian is not only small, but pretty fancy with the ball at his feet. He put that to use this weekend, nabbing the winner en-route to a full house of bonus points and a spot in the team of the week.

Sadio Mane (13pts) - Having let his millions of fantasy followers down in gameweek one by selfishly taking a rest on the bench, ​Sadio Mane bounced back in style for Liverpool against his former club Southampton. Since leaving the Saints, the Senegalese frontman has enjoyed racking up the goals against his former employers - and did so again with a goal, an assist and three bonus points. 13 points later and he's back on top of his fantasy perch - and back in my good books. 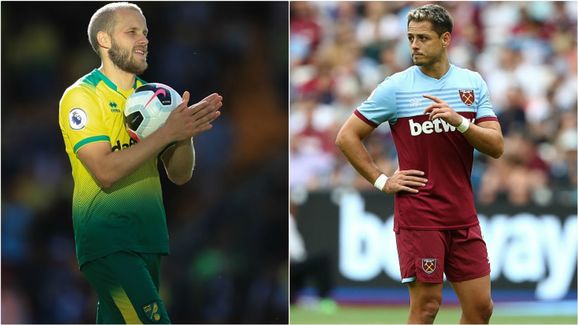 Teemu Pukki (17pts) - If you read last week's ​ones to watch recommendation, you'd have known that Norwich have a pretty tasty goalscorer among their ranks. His name? Teemu Pukki. His favourite thing? Scoring goals. So what did he do this week? Scored three, took home the match ball against Newcastle, was transferred in by over 600,000 players and earned the prestigious honour of being top points grabber of the week with 17. G'wan Puke.

Chicharito (8pts) - Had Sebastien Haller been fit, Chicharito would likely have been sitting on West Ham's bench at Brighton. But Haller wasn't, Chicharito didn't and West Ham were probably quite grateful - as Chicha grabbed their first goal of the season in a 1-1 draw against Brighton. Admittedly, the Mexican didn't do much else - but in a week where strikers did naff all, his eight point haul gets him the nod for the week's final spot.