Lingard was a breath of fresh air when he broke into the first team under Louis van Gaal towards the end of 2015, by that stage already arguably a late bloomer at almost 23. He famously scored the winning goal in the 2016 FA Cup final against Crystal Palace at Wembley and proceeded to further stake his claim by making 42 appearances in all competitions for new manager Jose Mourinho the following season as United won two trophies.

A few weeks before the campaign’s close, Lingard had signed a new four-year contract worth a reported £100,000-per-week. There were no doubts that he was in the first team to stay.

A popular figure with younger supporters, Lingard divided older fans unsure what to make of his personality. There were also concerns about whether his quality justified his contract and the money involved, especially seeing as he then started just one of the first 13 Premier League games of the 2017/18 season. Many valued him as a home-grown player who would work hard for his boyhood club when called upon. Anything beyond that seemed…optimistic.

However, at the end of November 2017, something seemed to click for Lingard. Mourinho started him away against Watford after not featuring in either of the two previous Premier League games and he repaid his manager’s faith with a goal and assist in a 4-2 win.

Lingard scored five more Premier League goals in the eight games that followed, including a brace in a United win against Arsenal at the Emirates Stadium. He followed it up with FA Cup goals against Derby and Yeovil in January and scored a winner against Chelsea in February. By the end of 2017/18, Lingard had scored 13 goals and provided seven assists in all competitions. If there was a way to justify his contract signed 13 months earlier, he’d done it. Not only that, he played a key role as England reached the semi-finals at the 2018 World Cup.

Unfortunately for Lingard, he hasn’t performed consistently well since. A delayed pre-season owing to his World Cup participation made for a difficult start to last season, not helped by an injury that ruled him out five games in total and disrupted his rhythm.

It was December before Lingard eventually scored his first goal of the campaign – and this was coming off the back of a season in which he’d scored 13 and proven to be an invaluable asset. He had a strong December again, scoring four and assisting two. It seems to be his ‘thing’. Yet Lingard hasn’t managed a single Premier League goal or assist since. His last direct contribution to a league goal was setting up Paul Pogba late in a 3-1 win over Huddersfield on Boxing Day 2018.

More alarmingly – and this is a damning stat gaining traction on social media – he hasn’t managed a single goal or assist in 11 of the last 12 months in which Premier League football has been played. Without last December on his record, his last direct contribution was an assist against Bournemouth in April 2018. His last goal was the aforementioned header he got against Chelsea in February 2018.

Did Jesse Lingard score or assist a PL goal?

Players like Lingard are defined by goals and assists. He isn’t cutting it and hasn’t for a while. No one will question his work rate or pressing, but quality on the ball has to be there as well.

Lingard’s age is also now a factor. At 26, mistakes, poor performances and general inconsistency can no longer be excused by a ‘young player’ label. Like it or not, he is a senior individual and was actually United’s oldest outfield player in the starting line-up at Molineux.

Manager Ole Gunnar Solskjaer is believed to have had strong words with Lingard over ill-advised social media activity during the summer. He appears to have been a little subdued since, perhaps trying to come to terms with what has to be a more mature role for him. 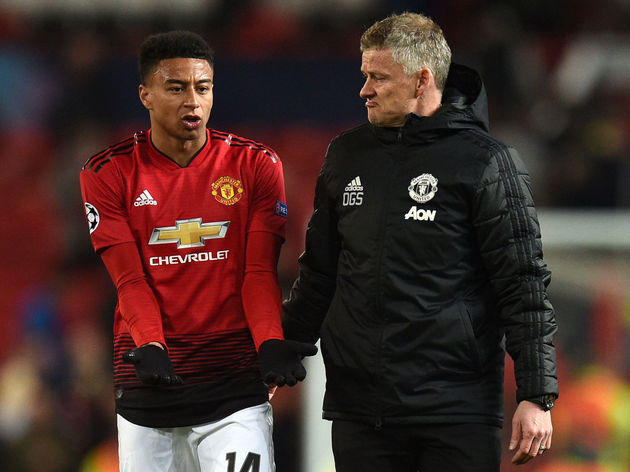 United have got long-term plans as the club attempts to build a squad capable of competing for the Premier League title once more. With two more years left on his contract, this season is now crucial for Lingard to prove that he can be consistently good enough to remain a part of it.