​Newcastle United striker Andy Carroll has admitted that he had to Google the names of the players at Liverpool when he travelled to Anfield to complete his £35m move to the club in 2011.

After selling Fernando Torres to Chelsea for £50m, Liverpool opted to reinvest some of that money in Carroll. Ever since his frantic deadline day switch, there has been a rumour that the towering striker actually had no idea who he would be playing alongside before he joined. 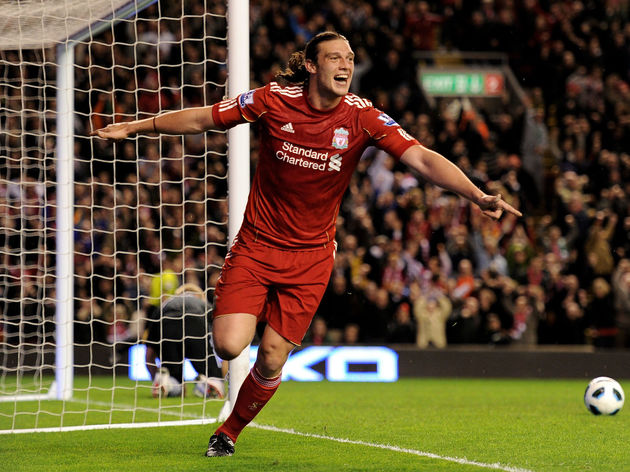 In an interview with ​Newcastle's ​official website after sealing his return to Tyneside, ​Carroll actually confirmed the speculation, insisting that he simply did not watch any football during the early stages of his career.

“I was happy, just about to sign a new deal, and the next day I was gone. I’d just bought a house and, believe it or not, I’d just got a cat. It was in the house, and I never went back to the house – I left in the helicopter and my brother had to have the cat.

“When I was here, I’d go home, mess about with my mates, play football, go out, whatever, but I’d never watch football, I never knew any players. I’d come in on the Friday or wake up on the Saturday morning saying, ‘who are we playing?’

"I was just completely oblivious to all the football that was going on. I would work at the training ground and knew my tactics, but until we had a meeting I didn’t know who we were playing, unless I asked someone. When I was in the helicopter down to ​Liverpool, I was like, ‘I know Stevie G, I know [Jamie] Carragher. Who else?’

We're delighted to confirm that Andy Carroll has returned to Newcastle United and signed an initial one-year deal with the club.

"My agent at the time had to tell me, and I would get it on Google and find out the team. So that’s actually a true story. It’s bad because it’s Liverpool players, but it’s not disrespectful – I just literally didn’t watch football, so I didn’t know.”