Joelinton is expected to be fit for Newcastle upcoming clash with Tottenham Hotspur, despite picking up a hip injury last time out against Norwich City.

In the 66th minute of Newcastle's 3-1 defeat to the Canaries, the Brazilian limped off the pitch following a clash with Grant Hanley, leaving many fans concerned that their record signing might not be available for the trip to London this weekend. 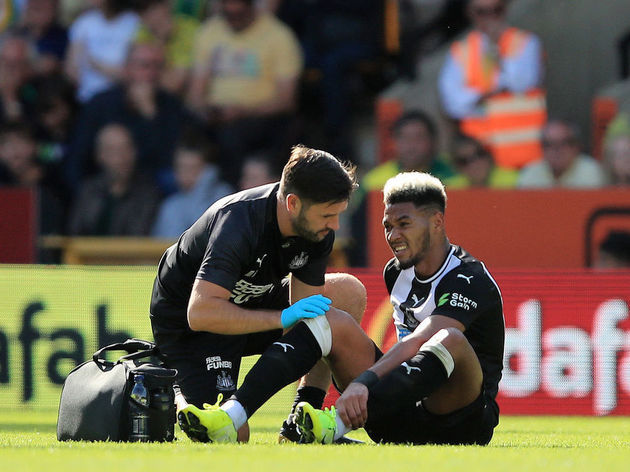 The club have conducted tests on Joelinton's hip injury and, according to ​The Telegraph, the results have come back positive – with the 23-year-old expected to make a full recovery in time for the game.

However, staff at St James' Park are concerned that Joelinton's confidence may have taken a huge hit, as he is yet to impress in England and missed a fantastic chance to score against the ​Canaries.

It wasn't just Joelinton who was disappointing at Carrow Road, with the majority of the ​Newcastle players guilty of seriously underwhelming performances against the newly promoted Norwich, who stormed to a comfortable victory.

After the game, Bruce is said to have spoken to all of his players and, in no uncertain terms, told them exactly why he was not happy with the team's showing. Bruce stated his concerns over the team's lack of physicality and application, but the players are believed to have responded well, and the manager now believes as though they may have a better understanding of what he wants.

With several fans questioning his suitability for the job, Bruce is expected to consider shifting from his preferred 3-5-2 formation by the time they travel to Spurs, with a traditional four-at-the-back shape likely to be introduced.