Arsenal are planning on offering frontline pair Alexandre Lacazette and Pierre-Emerick Aubameyang hefty pay rises should they take the club back to the Champions League at the end of this season.

It is understood that, following a busy summer transfer window, the club's hierarchy have now turned their attention to the club's roster, and are attempting to tie a number of players down to long-term deals. 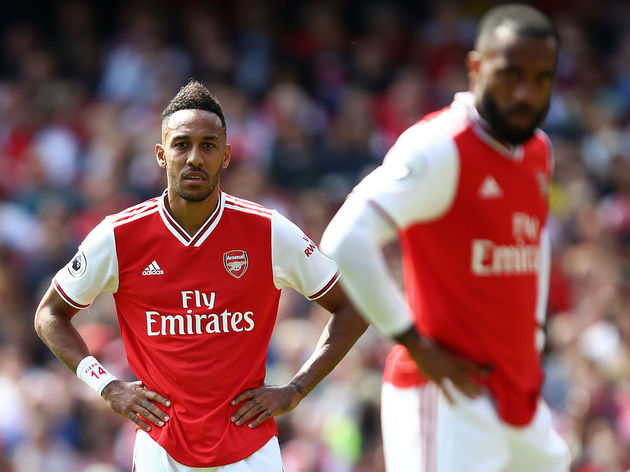 Two of the most important players involved in these negotiations are Lacazette and ​Aubameyang, who are rumoured to be currently earning roughly £140,000-a-week and £200,000-a-week respectively, placing them among the club's highest earners.

According to a report from the Daily Mail, the north Londoners have entered into the negotiations with the pair already, with 'substantial' wage increases on the table should they commit their futures to the club.

However, it is also understood that a clause will be inserted in both their contracts ensuring that, should the Gunners qualify for next season's Champions League - following what will be three seasons without playing in Europe's premier club competition - a further increase will occur.

That would be in addition to any bonuses that already exist around such achievements in their current deals.

Scoring 100% of all Arsenal's Premier League goals thus far in the 2019/20 season - two for the Gabon international, one for the Frenchman - their value to the club is clear for all to see, and speaking on the contractual situation last Friday, Unai Emery said: "Of course, for us, they are very important players and their contracts need to be in the same balance."

And Lacazette has also promised to further improve, declaring: "The Premier League has not yet seen the best Lacazette. It has seen some very good, but not the best. I can score more goals and be more consistent."