The 35-year-old hung up his boots this summer after enjoying an illustrious career at the highest level, winning domestic league titles in his native Netherlands, England, Spain and Germany, racking up 21 major honours. The Dutchman spent the last decade of his career in the Bundesliga , winning eight league titles with Bayern Munich - as well as winning the Champions League in 2013.

Now, Robben has revealed, when asked, who he considers to be the best manager he ever worked with, having just picked up the Special Award of the Editor-in-Chief at the ​Sport Bild awards ceremony in Hamburg.

"Of course that's difficult, I've seen many beautiful things with many coaches and we've been very successful," Robben said. "But if you ask me who was the best, I say Pep Guardiola. I enjoyed it most with him. Footballian, he is just awesome.

"When Pep came, I was already 30 years old. You're just trying to stay constant and not get any worse. But under him I got better again. Since I suddenly played in different positions, where I never thought that I would play there once. He was the best."

Robben, who spent three seasons with Guardiola at ​Bayern Munich between 2013 and 2016, won three league titles and two DFB-Pokal Cups under the Spaniard's tutelage, with the manager's win rate at Bayern of 75.2% superseding his time at both Barcelona (72.5%) and Manchester City (72.9%). 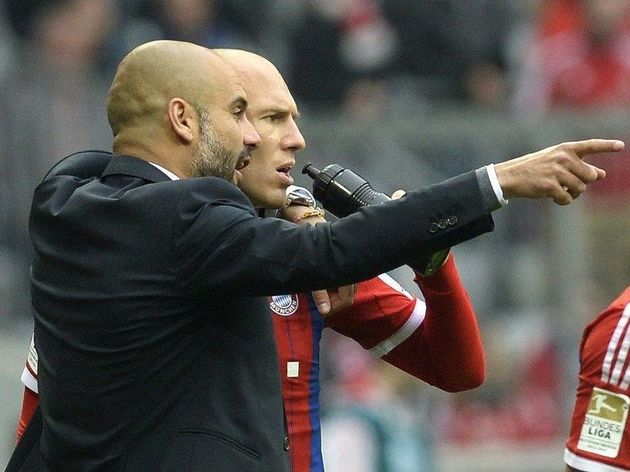 Under Guardiola, Robben finished fourth in the race for the coveted Ballon d'Or - losing out to

47 goals and provide 29 assists in the 97 games he played under the former Barcelona boss.

Other noteworthy winners from the ceremony, meanwhile, included Robben's former Bayern teammate ​Robert Lewandowski, who won Star of the Year and Liverpool boss Jurgen Klopp, who was named Coach of the Year.