​Emerging talent Eduardo Camavinga is already making his mark for Ligue 1 side Rennes, helping them pull off a giant killing against champions Paris Saint-Germain on the second matchday of the 2019/20 campaign.

The 16-year-old wonderkid has contributed to his side getting off to the best possible start, claiming six points from their first two matches.

The 16-year-old put on a stunning display against PSG last night, including this utterly sublime assist for the winner!

Here's five things you might not know about Rennes' latest attacking prospect. PSG have become so dominant domestically in recent years that any result aside from a win for them is a rare occasion, but ​the loss to Rennes was a particularly special match for Eduardo Camavinga.

His sumptuous cross converted by Romain Del Castillo didn't just produce what would prove to be the winning goal in this historic encounter, but would also see the Angola-born midfielder become the youngest player to ever record an assist in the French top tier.

But this isn't the only record he holds, as last season he became the first player born after January 1 2002 to start a match across Europe's top five leagues, when he was named in the starting lineup for a game against Monaco.

He's Been Compared to Kylian Mbappe France are producing some of the most promising talents of this generation, winning the 2018 FIFA World Cup with a group of incredibly talented young players.

But one standout player on their list of world class talents is ​Kylian Mbappe, who burst on the scene for Monaco, since securing a move to PSG.

Having already claimed five major domestic trophies, a World Cup winner's medal and the Ligue 1 Player of the Year title last season, this comparison could be a sign of what's to come for Camavinga.

He Joins Elite Company as a Rennes Academy Graduate 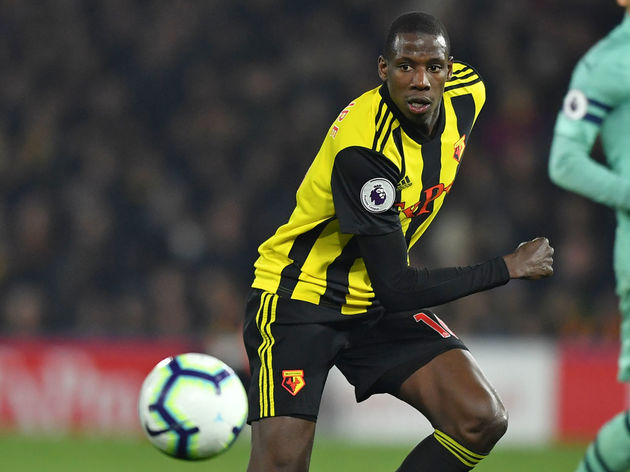 The side based in the north-west of France aren't necessarily a household name when it comes to Ligue 1 football, with the likes of PSG, Lyon and Marseille traditionally being the dominant forces.

But Rennes have produced some great talent throughout the years, plenty of which have gone on to play for some of Europe's top sides.

Camavinga has the potential to be the next star to join the likes of Sylvain Wiltord, Yoann Gourcuff, Abdoulaye Doucoure and Ousmane Dembele in having a hugely successful careers.

He Did Judo as a Child 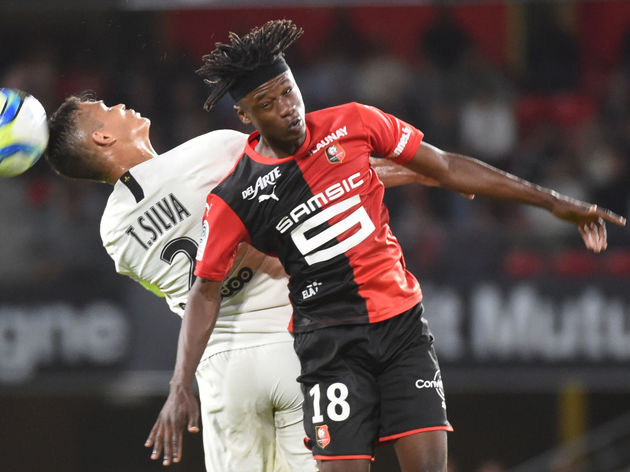 Camavinga moved to Brittany with his family and began playing for local side AGL-Dapreau Fougeres at the age of six, before catching the eye of his current club.

Alongside his football though, he also had an interest in judo but opted not to continue with the sport as he got older so he could focus entirely on the beautiful game.

A wise choice considering he's not plying his trade in the top tier of French football at an astonishing 16 years of age.

​He Could Be Ousmane Dembele's Replacement 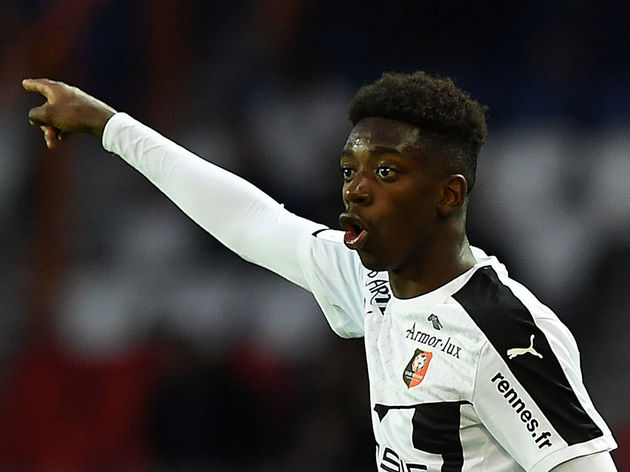 In that list of Rennes' academy graduates is Ousmane Dembele, who left the club to join Bundesliga giants ​Borussia Dortmund in 2016, impressing during his year there and consequently signing for ​Barcelona in 2017, where he remains to this day.

A number of similarities could be drawn between Dembele and Camavinga, like them both starting at the same club, both being wingers and both having excellent ability on the ball.

But this isn't the only reason why Camavinga could be set to replace the France international. Camavinga made his debut in April 2019, when he completed a late appearance from the bench against Angers, the very side ​Dembele bowed out against three years earlier.

Surely that has to mean something, right?