Pogba saw a powerful strike from 12 yards beaten away by Wolves goalkeeper Rui Patricio midway through the second half at Molineux after he himself had been fouled. United, who had taken the lead in the first half through Anthony Martial before Ruben Neves equalised for Wolves after half-time, were unable to find another way through.

In a statement, United have vowed to identify the individuals responsible for the racist abuse and take the ‘strongest possible course of action’.

“Everyone at Manchester United is disgusted by the racial abuse aimed at Paul Pogba last night and we utterly condemn it,” the statement issued on Tuesday morning read.

"The individuals who expressed these views do not represent the values of our great club and it is encouraging to see the vast majority of our fans condemn this on social media also.

Disgusting. Social media need to do something about it... Every account that is opened should be verified by a passport/driving licence. Stop these pathetic trolls making numerous accounts to abuse people. @Twitter @instagram https://t.co/bzow073aTw

"We will work to identify the few involved in these incidents and take the strongest course of action available to us. We also encourage social media companies to take action in these cases."

Teammates Marcus Rashford and Harry Maguire have personally condemned the abuse and have called on social media companies to do more to prevent it from happening.

Manchester United is a family. @paulpogba is a huge part of that family. You attack him you attack us all... @ManUtd https://t.co/PgalnFQMeu

United also published an article on their official website on Tuesday morning reiterating the club’s commitment to equality, diversity and inclusion through the #AllRedAllEqual campaign.

Sadly, racism in football has not been an isolated incident in recent weeks and months. Chelsea forward Tammy Abraham was subjected to the same kind of abuse after he missed a penalty in the UEFA Super Cup shootout against Liverpool last Wednesday. 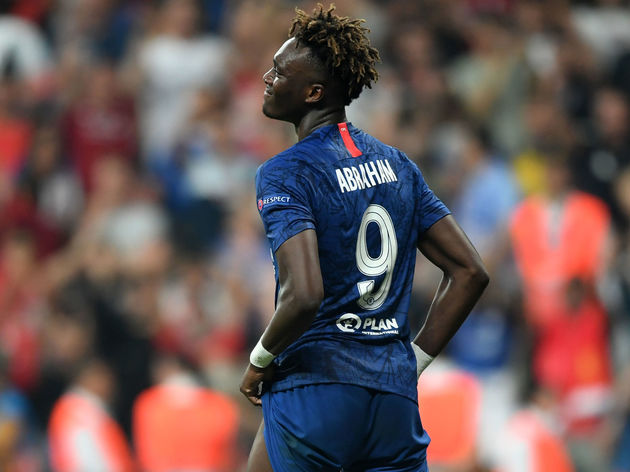 Reading forward Yakou Meite publicised the racist abuse he received via social media, and several other incidents marred the opening weekend of the EFL season earlier this month.

Going back to April, United captain Ashley Young was targeted with vile racist abuse online, as were Watford pair Troy Deeney and Christian Kabasele. Raheem Sterling was subjected to abuse in person at Stamford Bridge and Chelsea banned one fan for life after an investigation.

Last month, campaign group KickItOut released shocking figures that revealed a 32% rise in reports of discrimination in football in the 2018/19 season, with most relating to racism. Reports of racism alone rose by 43%.