Miranda is highly thought of by many at Barcelona, although their recent signing of Junior Firpo from Real Betis means first-team opportunities will likely be incredibly hard to come by for the 19-year-old.

As a result, ​Calciomercato claim that ​Juventus are eager to take advantage and complete a €10m deal to sign Miranda, and Paratici has even suggested involving him in a potential swap deal for defender Daniele Rugani.

However, ​Barcelona aren't too interested in Rugani, so they would prefer to keep the negotiations separate and potentially return for the Italian in the future, if they do decide that they actually want him.

The focus of the meeting between Paratici and Barcelona officials is now focused completely on Miranda. The Bianconeri have lodged a €10m offer, but Barcelona are awaiting further bids from the likes of Marseille and ​Schalke.

Miranda's agent, Jose Maria Orobitg, confirmed to ​Foot Mercato that talks with Marseille are well underway, stating: "Yes, there are contacts with Marseille. Everyone is talking about loans, but there is nothing done yet. We're working on an agreement, but there are other offers.

"There are also discussions on a buy option for Marseille and a buy-back clause for Barcelona so as not to lose control of the player."

​La Provence add that Marseille are the 'number one option' for Miranda, and that a deal could go through in the coming days. However, late interest from Juventus could certainly disrupt those plans. 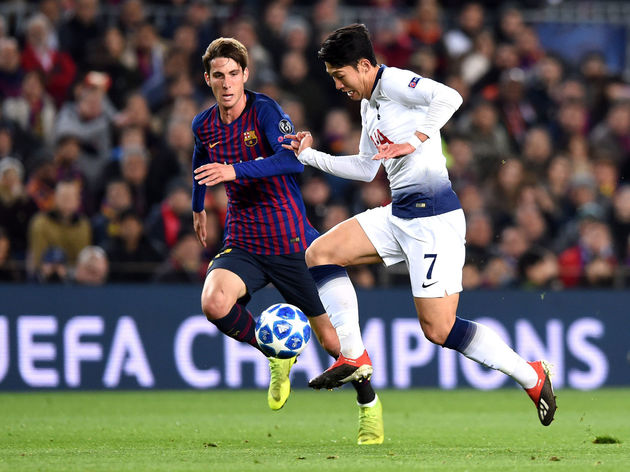 Miranda managed four appearances for Barcelona last season, including one against ​Tottenham Hotspur in the ​Champions League. However, he struggled to displace Jordi Alba in the starting lineup, and Firpo's arrival has pushed the teenager further down the pecking order at Camp Nou.