Manchester United missed the chance to top the Premier League table, as they were held to a 1-1 draw by Wolverhampton Wanderers on Monday night at Molineux.

Martial had given the Red Devils the lead, before Ruben Neves levelled the score with a wonderful curling effort.

United had the chance to regain the lead, but ​Paul Pogba was denied from the penalty spot by Rui Patricio midway through the second half - and as the game wore on, Solskjaer's men struggled to break down a resolute home side en-route to sharing the spoils.

As a result, ​The Red Devils have now failed to beat Wolves in their three previous visits to Molineux. More worryingly for Solskjaer, he has failed to win each of his four games in all competitions against Wolves as a manager (D1 L3), perhaps suggesting that he has found his first bogey team.

In August 2014, Solskjaer's Cardiff City side lost 1-0 to Wolves - a 91st minute own goal doing the damage on that occasion for the Norwegian.

Five years on, and his record hasn't improved even as manager of Manchester United. Nuno Espirito Santo's men knocked United out of the FA Cup in March, before beating them once again in the Premier League by the same 2-1 scoreline just a matter of weeks later.

Monday's draw has at least ended the run of three consecutive defeats as a manager for Solskjaer against Wolves, but it will not have been what he was hoping for. 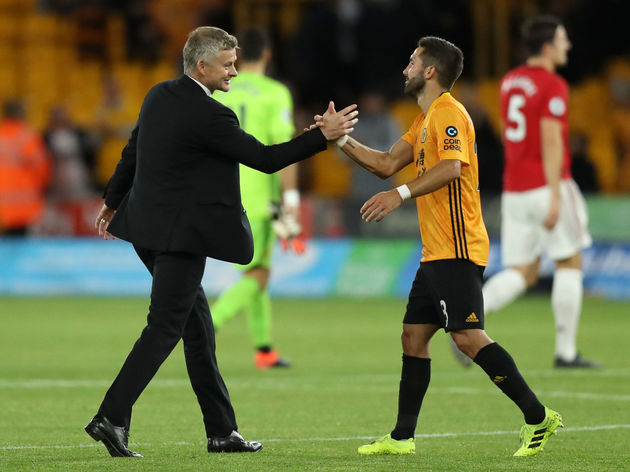 Prior to the game, the boss jokingly told Sky Sports (​via the Birmingham Mail):