Fantasy Premier League: The 10 Players Who Scooped Man of the Match in Gameweek 2

As good as all of the above is for the watching neutral, ultimately, it affects our FPL teams for better or for worse.

Were you part of the Pukki party bus or the alarming Adrian brigade? (Good one, I know).

Well, who else was it going to be? 

​Real Madrid loanee Dani Ceballos proved instrumental on his full ​Arsenal debut, assisting both goals and helping the Gunners to a 2-1 victory.

If you were one of the smart folk that had already taken the gamble on Ceballos, bravo to you. Us none Ceballos owners are not at all bitter.

The young Spaniard is still available at a measly £5.5m. Transfer time, anyone?

Proud and happy to score my debut goal in our home opener against West Ham United ⚪️⚽️ Thank you fans for the support! #equalizer #firstgoal pic.twitter.com/59ssz0LiMD

​Brighton's summer signing scored an excellent goal and had another ruled out by that pesky VAR as the Seagulls played out a 1-1 draw with ​West Ham United.

The Belgian playmaker is available at £6m (as a midfielder) but with him playing predominantly in forward positions, he could prove a shrewd bit of fantasy business ahead of gameweek three. 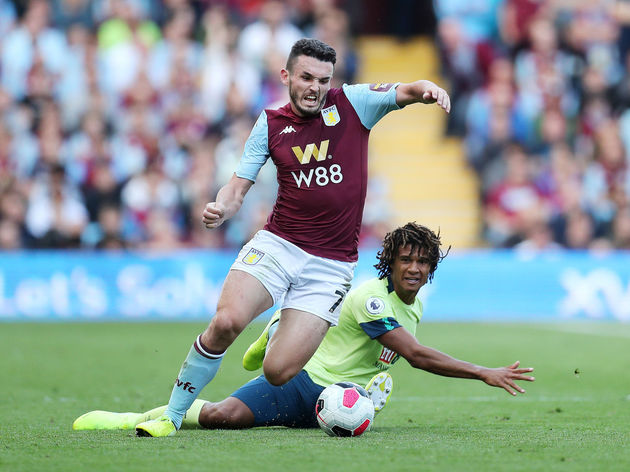 Despite being on the losing side, John McGinn (or McGiniesta, am I right?) once again proved to be the stand out performer at Villa Park.

The Scot seems to be getting better week in week out and I am extremely proud to say ​I told you so on this one.

Lucas Digne put in a textbook performance for both ​Everton and his FPL users this weekend. Available at £6m, Digne could well be worth transferring in now he is part of an ever-improving Toffees squad.

3 - Teemu Pukki is the first player to score a @premierleague hat-trick for Norwich City since Efan Ekoku against Everton in September 1993. Magic. pic.twitter.com/G1BEHe6qBx

The ​Norwich City striker put in the stand out performance of gameweek two, scoring a stunning hat-trick and taking his season tally to four.

Pukki's price has already started rising and now stands at £6.7m but based on his early season form, that is still an incredibly cheap price for an extremely talented player.

Announce 99% of users transferring him in and him only scoring one goal between now and the end of the campaign.

Sadio Mane is the first player to score in his first #PL start of a campaign in 4️⃣ back-to-back seasons since Mark Viduka did so between 2002-03 and 2005-06 pic.twitter.com/l2HXcSWizu

Where would ​Liverpool be without this man? And where are all the FPL users that transferred him out ahead of gameweek two? Schoolboy error.

One of the more pricey players on the board but ​Sadio Mane is the definition of a 'banker'.

I know, nobody cares really and we're all still fuming about ​Adrian's mistake that cost us precious clean-sheet points.

Kevin De Bruyne has provided more assists since the start of the 2016-17 Premier League season than any other player in the division (38).

Need some assistance? You should probably call ​Kevin De Bruyne.

​The man is an assist king. He was the provider of both ​Manchester City goals and may well have bagged himself a hat-trick of assists had well, you know, ​VAR.

At £9.5m, the Belgian isn't the most costly of midfielders on the board and will certainly guarantee you points, even if VAR can't. Sorry, i'll stop.

John Lundstram was benched by 69.6% of his #FPL owners 

James Maddison provided the all important assist that allowed ​Leicester City to leave Stamford Bridge with a precious point.

The 22-year-old has been thriving with the Foxes since the introduction of Brendan Rodgers at the helm and after an excellent debut season, he is showing no signs of slowing down.

Rated at a respectable £7m - I'd wager that this won't be the first time that he walks away with the man-of-the-match honour this season. Get on it.

​Wolves foiled ​Manchester United yet again and Ruben Neves scored yet another worldie. This is becoming quite the common occurance, isn't it?

Anyway, Monday night football rounded off gameweek two rather nicely didn't it? (Unless you're a United fan, or ​Paul Pogba, that is).

If you hadn't already clocked on, Neves is absolute class and he has a half-decent strike in his locker. The 22-year-old picked up the final MOTM award of the weekend and added another goal to his ever-growing showreel.

He's available at £5.5m. Yes, you read that right - £5.5m. I don't really need to say anything as I'd hazard a guess that 90% of users might already be contemplating making this transfer but if not, do yourself a favour - bin that bang average £7.5m rated CDM you've got and bang big Nev in there.

So yeah, off you pop. See you next week.