W90
WorldNews
Lists
Next Article
Why Ashley Young Can Help Jittery Inter to End Their Wait For Serie A Glory (Yes, That Ashley Young)

​Fifth, seventh, 13th and even 20th! Many predictions have been made about where Manchester United will finish in the Premier League this season and few of them were kind to the Red Devils.

They're actually in fourth as it stands after their opening day defeat of Chelsea and Monday night's 1-1 draw with Wolverhampton Wanderers. That's good, isn't it? No?

Nothing is good enough for United fans. 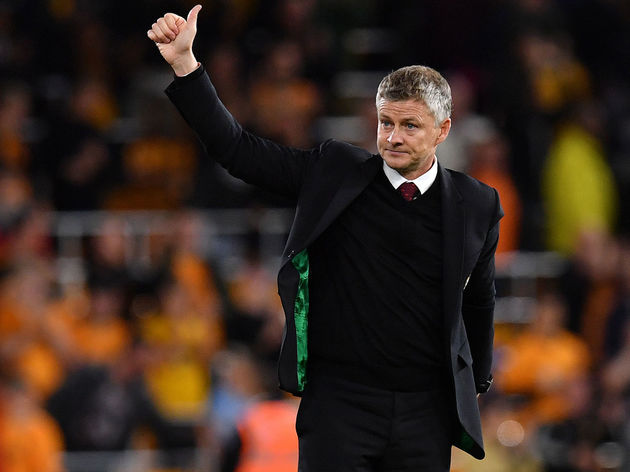 United supporters have had to endure something of a barren period after Sir Alex Ferguson's glorious 27-year reign at the helm. There have been some good players since Fergie left, but there have also been some really bad ones.

Victor Lindelof certainly used to be one of the latter. However, he's no doubt improved in the post-Mourinho era. Well, most people think he has, but you can never please everyone...

I wonder if James always counts the number of bad passes played by the Swede.

Still, he wasn't the only person left a little miffed by the performances of certain individuals.

Watching the Utd game and they were really calling Daniel James an ELITE TALENT pic.twitter.com/1DsH0I5p5n

Dan James needs to change his boots.... every time he gets the ball he falls over #WOLMNU

Poor Daniel James, he's only 21 and still finding his feet in the Premier League, yet football fans don't seem to care. They take no prisoners and this time the Welshman was the target. Maybe it's because he dived.

The winger's theatrics failed to earn his side an early spot-kick, but they should still have taken the lead when Anthony Martial arrived at the perfect time to meet Marcus Rashford's delivery...

Martial afraid to head the ball because it'll ruin his fade, see what happens when you have players that put Instagram drip before everything else

You can probably tell what happened. Yeah, Martial missed.

What could the Frenchman do to make amends? Surely, there was something he could do to make things right with his teammates. Well, there was one way...

That's right, his lethal left-footed rifle into the roof of the net gave United a 1-0 advantage over Wolves and brought up his half-century of goals for the club.

A lot of people think that's an admirable achievement...

Given their troublesome displays in recent years - and that includes 2018/19 - there may have been doubts about United's chances this season.

Nevertheless, a 4-0 crushing of Chelsea put everyone in a buoyant mood, whilst a half-time lead against the Wanderers was also putting a smile on the faces of Red Devils everywhere...

A professional performance from Manchester United in the first half; they have kept the ball well and shows how much of a threat they can be when in the final third. #mufc #WOLMUN pic.twitter.com/dLVw4C1tpz

United leaving Wolves with absolutely no breathing room in the first half, clinical performance so far #WOLMUN #MUFC

Solskjaer must have been eager to get the second half underway, so his recruits could continue to show their newfound confidence and put their hosts to the sword. Supporters were calling for blood and United went in search of a kill.

Unfortunately, the new man James was a little over-excited in his search for a second goal, accidentally treading on the foot of Diogo Jota...

Daniel James still going in on tackles whilst on a yellow. pic.twitter.com/MRtxWplCNi

Daniel James should be off by now. Olé should whip him. Headless chicken running on a yellow won’t end well.

The vertically-challenged starlet was lucky to escape a second caution, but his team couldn't escape the clutches of a hungry pack of Wolves.

They were given fair warning when Raul Jimenez struck the woodwork, although the striker's frustrations will be nothing compared to those of one punter in particular...

Jimenez hitting the post an letting me down for 165 pic.twitter.com/Xn3LO6x9Ut

David de Gea got away with that one, but he would soon be picking the ball out of the net as Ruben Neves let loose a dirty long-range effort following a short-corner routine...

There are many ways to describe a goal of such quality and others were certainly more eloquent with their praise for Neves.

That little shift from Neves to get the ball out from under his feet to set himself up. What a player  #WOLMNU #wwfc

Of course, no goal is complete without a nerve-jangling wait for VAR to confirm that no one was 0.1mm offside in the buildup...

Everyone: “Wow what a goal!”

If VAR had ruled that Wolve's goal offside, I would have sued the English FA, first thing tomorrow morning.

So, we can all agree that VAR is the worst thing since unsliced bread, yes? Monday night's referee may disagree...

Jon Moss is about two counter-attacks away from pretending to consult VAR just to get a breather.

Moss and his team of officials would call upon the surveillance system for another game-changing decision before the night was out.

Just after the hour-mark, the scores still tied at 1-1, Paul Pogba was sent tumbling to the floor by opposing skipper Conor Coady. VAR was consulted and VAR said pen. Let's just say it was debatable.

So, Pogba was the man to take the responsibility and in classic Pogba style had his spot-kick saved. Some defended him, but most couldn't resist having a dig...

United fans spent the last 48 hours forcing a Pogba/KDB comparison just for their boy to not only dive to win a penalty but miss it ? pic.twitter.com/GkCdTkN4dE

Give #Pogba some credit for how he created that penalty and how well he played in the game. Don't let the missed pen take credit away.

United should be indebted to the fact that he's staying despite the quality of that midfield.

The bigger issue wasn't the miss, however, it was the childish debate over who should be allowed to take the penalty...

Does anyone know who the Manchester United penalty taker is? #WOLMUN pic.twitter.com/39PIZxg3rw

Gary Neville: "This is a Manchester United penalty. This isn’t a tombola." pic.twitter.com/vvA90aiiYq

Or maybe the bigger issues were to do with the overall match and not a single incident in the contest. Could it be that Pogba's failure was just one mistake in a sea of errors? Surely not, this is Manchester United!

The penalty was the last of our problems in that game. #mufc

Who'd have thought Manchester United's midfield would come up short when they neglected it all summer and didn't buy replacements? Shocked.

The final whistle confirmed that the points would be shared at Molineux, leaving the visitors on four points and Nuno Espirito Santo's battlers on two. Neither team will be over the moon with that, neither should be too upset.