After moving stateside in 2017, the 26-year-old has been on fire in front of goal, grabbing the attention of the world and linking the forward with a possible move back to Europe.

For now, though, he continues to terrorise defenders in MLS - but how much do we know about Martinez? Well, incase it's not much, 90min here is to save the day - with five things to know about him. Whilst Martinez played 34 times, two more games than ​Wright-Phillips and Wondolowski, he averaged a better goal to game ratio than both, scoring just under a goal a game. 2018 was an unbelievable year for Martinez, as he won pretty much every single award he possibly could.

The first, and perhaps most prestigious, prize he picked up was the Landon Donovan Most Valuable Player award. This is an annual award in which the media, MLS players and club management vote for the most valuable player in the league that term. Therefore, a pretty special accolade for the 26-year-old to claim.

Alongside this, Martinez also won the All-Star Game MVP for his performance against Juventus, before he then tore Portland Timbers apart in December to win the MLS Cup Final MVP award too. Martinez scored in both games, as well as recording an assist in the 2018 MLS Cup final as Atlanta won 2-0 against Portland.

Believe it or not we are not finished just there. As alluded to earlier, ​Martinez scored 31 times in the league in 2018, enough for him to pick up his final award in the shape of the Golden Boot. 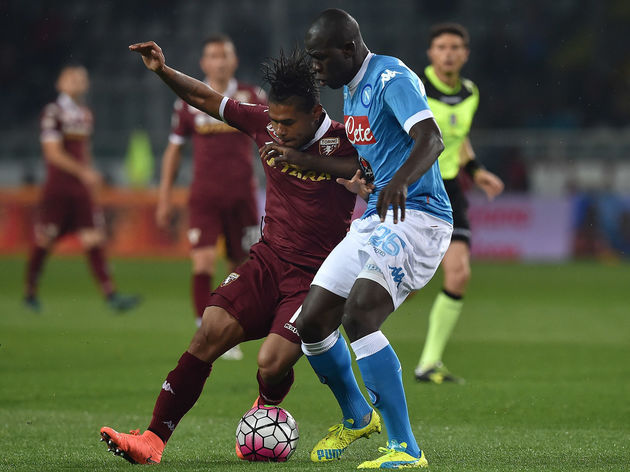 He scored just seven times in three years in​ Serie A, and found himself surplus to requirements due to the impressive form of Ciro Immobile. With frustration, Martinez packed his boots in 2017 and headed to MLS, with the forward never looking back since. The leading man now for Venezuela, Martinez has appeared 51 times for his country since he made his debut back in 2011. A native of Caracas, Martinez grew up surrounded by the country’s main national sport which is baseball.

However, the forward always had a passion for football and experienced a dream moment in 2013 when he struck his first goal for his country against El Salvador in a 2-1 win. Whilst Martinez has only scored 12 times for his country, he has netted a hat-trick. Three super finishes during a FIFA 2018 World Cup qualifier against Bolivia earned him the match ball that day. On the subject of hat-tricks, that leads us on to one final fact about the Atlanta star.

Whilst four players including Stern John and Bradley Wright-Phillips have scored five MLS hat-tricks, no one could ever find that magic sixth one. That was until Martinez rolled up and smashed yet another record in double quick time.

Three goals against D.C. United in July 2018 was the sixth time the Venezuelan had scored a hat-trick in MLS, putting himself as the outright leader in this department. To put this achievement into perspective further, he recorded his sixth hat-trick 13 games faster than in took Stern John to reach five. Phenomenal.