But with Blackburn Rovers snatching the title in 1994/95 as United fell short without a suspended Eric Cantona, manager Alex Ferguson found himself at an important crossroad.

The United boss knew he would still be without Cantona for the first two months of the 1995/96 campaign and several key members of those first two title winning teams were cut loose. 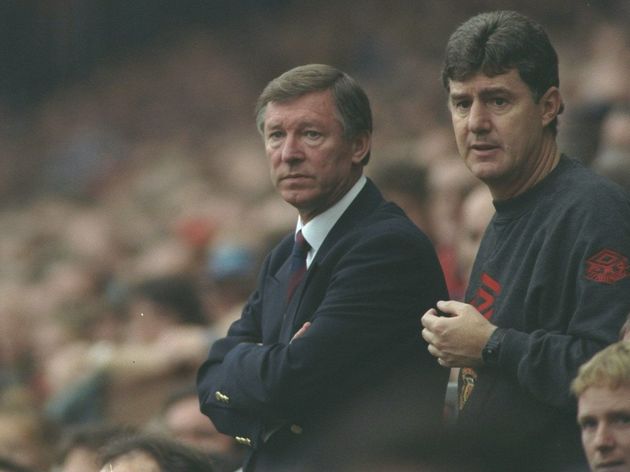 Paul Ince went to Italy to join Inter, while Mark Hughes moved south to Chelsea. Andrei Kanchelskis was still technically a United player when the new season kicked off, but only minor details had delayed an already agreed transfer to Everton.

What’s more, no new signings were made that summer, meaning that Ferguson appeared to be going into the season unprepared after losing three automatic starters – Kanchelskis had actually finished the previous campaign as United’s leading goalscorer.

A new generation of home-grown talent was emerging. ‘Fergie’s Fledglings’, as they had become known in a nod to the ‘Busby Babes’ of the 1950s, had begun to appear in the years before. However, the youngsters, mostly aged 20 or 21, were relatively untested.

Potential aside, it was a huge gamble from Ferguson and critics famously predicted his downfall. On the opening day of the season – 19 August 1995 – United lined up against Aston Villa at Villa Park with four players aged 20 or younger. They were Gary Neville, Phil Neville, Nicky Butt and Paul Scholes. Another two in David Beckham and John O’Kane came off the bench.

Gary Neville lined up alongside Gary Pallister at the centre of defence. Butt partnered Roy Keane in midfield, the future captain only 24 years of age himself and now suddenly thrust into a senior role. Scholes played off the front with veteran Scottish forward Brian McClair. The younger Neville was just 18 and playing in what was only the fourth senior game of his career.

Also wearing the infamous grey kit that they would ditch mid-game against Southampton later that season, it was not United’s afternoon. Ian Taylor had scored for Villa inside 15 minutes, while Savo Milosevic made it two after 27 minutes. Dwight Yorke, United’s chief tormentor and future record buy, then scored from the penalty spot after barely more than half an hour.

Thankfully for United, the score-line didn’t get any worse for them in the second half. A 20-year-old Beckham replaced Phil Neville at the interval, while 20-year-old O’Kane replaced Pallister around the hour mark, serving to lower the age and experience of the side even more. Seemingly now unburdened, United were more at ease after half-time and did start to create chances to score. Just under 10 minutes from the end, Beckham unleashed a powerful drive from distance that left Villa goalkeeper Mark Bosnich, another future United player, rooted t

Alan Hansen famously cut United to shreds on BBC’s Match of the Day that night, imploring Ferguson to buy new players to replace the big names who had left and uttering the now immortal line: “You can’t win anything with kids.”

"Three players have departed. The trick is always 'buy when you're strong'. He needs to buy players. You can't win anything with kids."#OnThisDay in 1995, Alan Hansen uttered the most famous phrase in @BBCMOTD history after @ManUtd's 3-1 defeat at @AVFCOfficial... pic.twitter.com/39WWV9Hngc

There was no such thing as a transfer window in those days, let alone one that closed before the start of the season as is the case now, so the opportunity was there for Ferguson to dip into the market should he have wished. Instead, he kept faith with his young charges.

A week after being torn apart by Aston Villa, Gary Neville, Butt and Scholes all kept their starting places for the first home game of the season against West Ham. Beckham also came into the XI off the back of his Villa Park performance. United won 2-1, with Scholes and Keane scoring.

Three days later, there was a 3-1 win over Wimbledon, then a statement victory against Blackburn, the reigning champions, at Ewood Park, in which Beckham scored a fine winner.

Further wins against Everton and Bolton made it five in a row and Fergie’s Fledgling were at the heart of it. Scholes scored a brace against Bolton, while Terry Cooke made his debut, and 21-year-old Ryan Giggs, a senior player by comparison, got his first start of the season after injury. 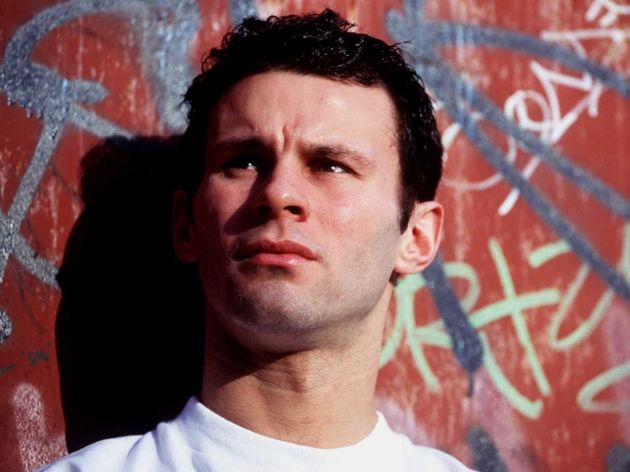 It wasn’t to be all plain sailing and United were 12 points adrift of leaders Newcastle at one point. But, buoyed by Cantona’s return to top form in the second half of the campaign, the club went on to catch the Magpies and win a third Premier League title in four seasons.

United also won a famous FA Cup final against the Liverpool ‘Spice Boys’ generation at Wembley to become the first English club to complete a domestic double for the second time, having done so two years earlier with a very different looking team.

By the end of the season, Beckham and Butt had played in 40 and 41 games in all competitions respectively, Gary Neville in 39 and Phil Neville in 34. Scholes played in 31 and actually started fewer than 20 games, but he still scored 14 times, second only to Cantona in the whole squad. 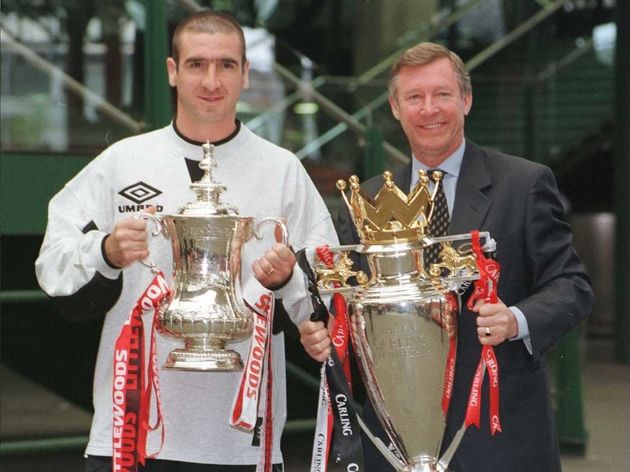 The transition from old to new continued in 1996/97 as United clinched the Premier League title again. They fell narrowly short the year after, but 1998/99 brought the historic treble, capped with Champions League glory over Bayern Munich at Camp Nou.

What was that, again? You can’t win anything with kids…