​Philippe Coutinho: 6 Reasons Why His Move to Bayern Munich Is Right for All Parties

Philippe Coutinho's nightmare spell with Barcelona has come to a (temporary) end with the news that the Brazilian has joined Bayern Munich on loan.

The Bundesliga giants will also have the option to make the deal permanent for €120m, and the whole thing just makes real sense for everyone involved - given the negativity around his first season at Camp Nou.

With the deal done, it's analysis time - and a look at six reasons why his switch to Bayern is a great move for him...

He Really Needed a Change of Scenery Let's not beat around the bush here, Coutinho's time at ​Barcelona was nothing short of shambolic.

His performances left a lot to be desired, and some fans had even started to turn on him after he failed to deliver time and time again. Given his enormous price tag, Barcelona gave him plenty of chances to succeed, but all they did was give him a platform on which to fail.

He needed to move on and start again, and he will get the perfect chance to do just that with ​Bayern.

There Was No Place for Him at Barcelona Coutinho's poor form at Camp Nou saw him slip down the pecking order at Barcelona, and their transfer business this summer has made it clear that they aren't too interested in the Brazilian anymore.

They have already brought in Antoine Griezmann, and they remain in pursuit of Paris Saint-Germain's ​Neymar. Add those two to ​Luiz Suarez, ​Ousmane Dembele and a certain ​Lionel Messi, and there is simply no space for an underperforming Coutinho.

There is no point keeping someone like Coutinho around if he is never going to get game time, so it certainly makes sense for the Blaugrana. In perhaps the worst kept secret of the summer, Bayern need wingers. They want to replace both Franck Ribery and Arjen Robben, but were unable to strike deals for the likes of ​Chelsea's Callum Hudson-Odoi or ​Manchester City's Leroy Sane.

As a result, they turned to the loan market. ​Inter's ​Ivan Perisic was first, and now Coutinho has followed the Croatia international through the door at the Allianz Arena.

Coutinho will give Bayern some much-needed depth out wide, but he is also comfortable dropping into a central midfield if needed. Simply put, he could bring Bayern everything they need. As part of the deal, Bayern will have the option to sign Coutinho permanently for €120m. If they do so, then that's a cool €120m for a player Barcelona didn't even want anyway.

That money would help balance the books at Camp Nou, but would probably be reinvested straight back into the transfer market. If Barcelona's can't sign Neymar this summer, earning that kind of money would go a long way to helping them get him next year. ​

Even if it's not Neymar, it would give Barcelona the chance to sign pretty much any player they want, which is always nice.

There Is No Risk for Bayern 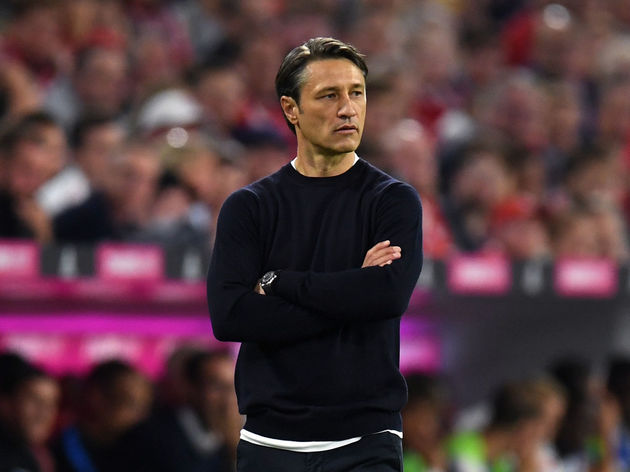 Coutinho's form has been very, very poor. ​As it stands, he is not the kind of player worth €120m, so there was no chance Bayern were ever going to pay that this summer.

If he fails to improve, then Bayern can just send him straight back to Barcelona next summer and forget the whole thing ever happened. Case closed.

He doesn't need to feature heavily in the team, and he definitely does not need to be the €120m man, because he simply isn't. If everything goes wrong, who cares?

But There Is a Potentially Huge Reward Fortunately for Bayern, if Coutinho rediscovers the outrageous form which saw him establish himself as one of the world's finest, then they can just sign him, no questions asked.

In today's market, €120m for one of the world's best wingers isn't too ridiculous for a club of Bayern's stature, so they could spend that and make their squad even stronger than it already is.

Of course, that's only if he does come good, but we all know that that player is still in him somewhere. Coutinho was electric at ​Liverpool and, if he can hit those heights once more, Bayern are on to a winner.