​Arsenal manager Unai Emery has admitted that he never wants to face Liverpool, but he is looking forward to seeing his side rise to the challenge when the two teams square off on Saturday.

Both sides have won their opening two games of the season, but there was a gulf in class between Liverpool and Arsenal last season, and Emery is eager to close that gap as soon as possible.

❤️ Touchline passion from the boss!

Speaking ahead of the game (via ​football.london), Emery confessed that beating ​Liverpool will be a tough challenge for his side, but he plans to take the game to the Reds in search of victory.

"That is really our challenge, a good test. For the supporters, for all of us, going there with six points is good. Really our target is to reduce the distance to Liverpool, ​Manchester City, ​Tottenham and ​Chelsea.

"When we play against them it is a big challenge to show how we can be. Next week is going to be a very good match.

"I think first is to be positive in our capacity and then work hard. I know my past is to work hard, the present and future is going to be the same. After we can win, we can lose. But above all is be positive and keep moving ahead." 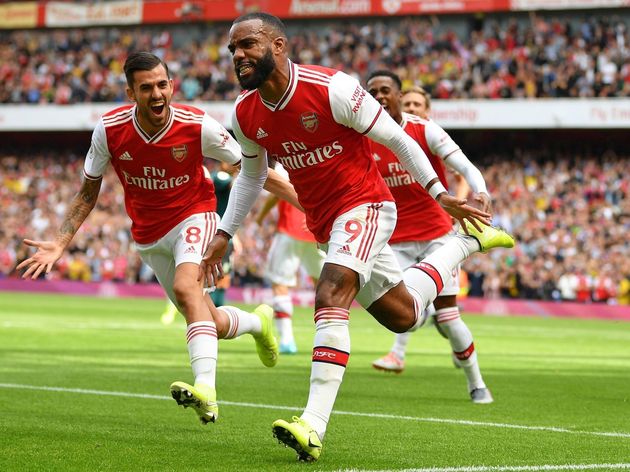 Last season, ​Arsenal failed to secure ​Champions League football and finished a huge 27 points behind Liverpool, but Emery insists that his side will be better this time around.

"This year is different, we are going to play each match and improve, to be ambitious to reduce the difference," he added. "When we play against the best teams – Liverpool, Manchester City, Tottenham – we are going to show all we can do.

"But really the players we have in the dressing room have good spirit and training. I am happy. I’m seeing the players and team very involved in this project."