​This Premier League season may be in its infancy, but one of the revelations so far has been Norwich City's Teemu Pukki, who has managed four goals in his opening two games.

Newly promoted strikers don't often enjoy the most success in the top flight, but there have been plenty of forwards who have taken the Premier League by storm since its inception in 1992.

Here are the nine newly promoted strikers with the highest goal tallies from their debut season in the top tier. Towards the end of the 2002/03 season, Portsmouth were desperately fighting to seal promotion to the ​Premier League, so they brought in Yakubu on loan from Maccabi Haifa. The Nigerian was a hit, and was rewarded with a £4m permanent move after Pompey made it to the top flight.

The 2003/04 campaign brought mixed results for Yakubu, who endured a lengthy spell without a goal. However, he managed to fire 11 goals in his last ten games - including four in a 5-1 win over ​Middlesbrough - to take his tally for the year to 16.

He kept Pompey in the league for two seasons in a row, before earning a big-money switch to Boro in 2005. As part of the partnership between ​Watford and Udinese, the Hornets managed to bring in Odion Ighalo on loan for the 2014/15 ​Championship season. He earned himself a permanent move just three months later, and went on to help Watford back to the Premier League.

He netted on his debut in the division, and made headlines by netting five goals in December 2015 to pick up the Player of the Month award. In total, Ighalo finished the season with 16 goals, whilst strike partner ​Troy Deeney managed 13 of his own.

The good times didn't last long for Ighalo, who managed just one goal the following season, before ultimately being sold to Changchun Yatai. After a number of good seasons in the Championship with ​Ipswich Town​, Darren Bent made the move to the Premier League with Charlton ahead of the 2005/06 season.

In his first season with Charlton, Bent struck an impressive 18 goals, and his form was so good that he was rewarded with a new contract just one year after arriving. His next season yielded 13 goals, but that wasn't enough to keep Charlton in the top flight.

He snubbed a move to ​West Ham United, before ultimately joining ​Tottenham Hotspur in the summer of 2007. ​Charlie Austin had established himself as a top Championship striker by the time ​Queens Park Rangers came calling in 2013. Unsurprisingly, his goals continued, and QPR earned a place in the top flight for the 2014/15 season.

Many weren't sure whether Austin would be able to make it in the Premier League, especially given QPR looked a certainty for relegation from the get-go. Nevertheless, Austin did not disappoint, and struck a huge 18 goals - the fourth highest in the entire division.

He stayed with QPR as they dropped back to the Championship, before returning to the top flight with ​Southampton in 2016. However, his goalscoring had dried up, and he was eventually sold to ​West Bromwich Albion. Marcus Stewart made headlines when he swapped ​Huddersfield Town for Ipswich in 2000, but the Englishman ignored it all and helped fire the Tractor Boys to the Premier League. He was good, but nobody expected what happened next.

Stewart steamrolled the top flight, firing a huge 19 goals to finish behind only ​Chelsea's Jimmy Floyd Hasselbaink in the race for the Golden Boot. He earned Ipswich a place in the UEFA Cup and had fans across the country calling for his place in the England team.

Ipswich couldn't maintain that form, and ended up getting relegated the following season, prompting Stewart to make the switch to Sunderland. The start of Andy Johnson's tenure with ​Crystal Palace was certainly mixed. He often struggled to make it into the team but, when he finally did, Johnson struck 32 goals to get Palace back to the Premier League.

The Eagles never looked good enough for the top flight, but Johnson almost managed to guide them away from relegation. His 21 goals was second only to Thierry Henry in the 2004/05 season, but Palace ended up falling back to the second tier.

He stayed at Selhurst Park to try and help the Eagles back to the Premier League but, when they failed to do so, sealed a move to ​Everton instead. 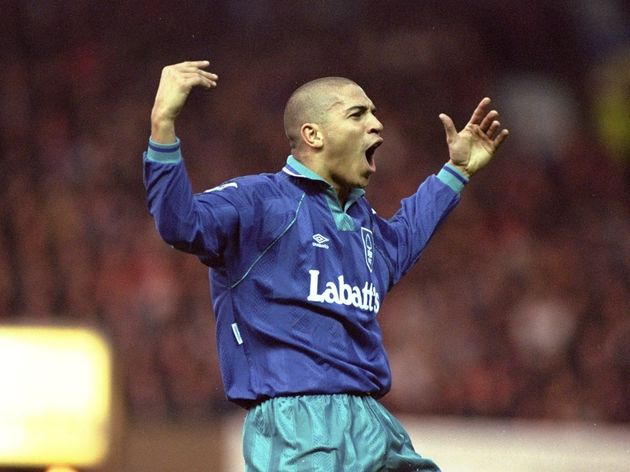 After being relegated from the Premier League, ​Nottingham Forest needed a new signing to get them back amongst England's elite, and the man for the job was Stan Collymore.

After a prolific campaign in the second tier, Collymore managed to replicate that success in the 1994/95 Premier League season by striking 22 goals en route to qualifying for the UEFA Cup.

He came close to joining ​Manchester United midway through the season, but stayed to see out the job with Forest. However, they couldn't keep hold of him for much longer, as Collymore sealed an English-record £8.5m move to ​Liverpool in the summer of 1995. 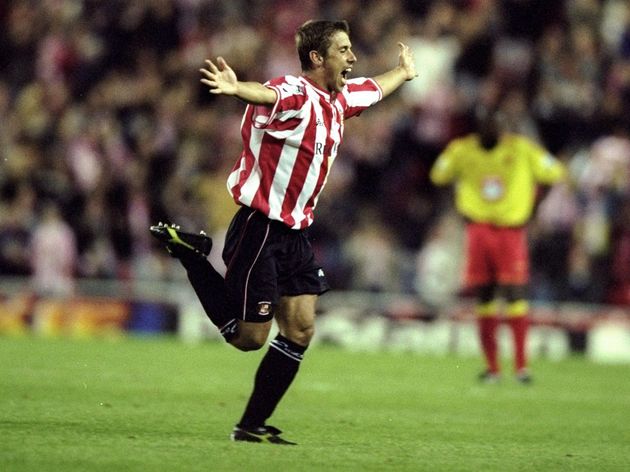 Sunderland were relegated from the Premier League in 1997, so they responded by bringing in Kevin Phillips from Watford in July.

He enjoyed several impressive years with the Black Cats, the best of which was the 1999/00 Premier League season, in which he struck an enormous 30 goals to establish himself as one of the finest strikers in league history.

There was real interest in Phillips from the likes of ​Arsenal and Tottenham, before ultimately sealing a switch to Southampton in 2003. Andy Cole was inspirational to helping ​Newcastle United into the 1993/94 Premier League season, making the Magpies one of the first three sides to earn promotion to the division.

In his 40 appearances that season, Cole struck an incredible 34 goals, whilst partner Peter Beardsley - who arrived specifically for that season - also managed 21, in what was an utterly incredible season for the Magpies.

He spent several years as one of the league's finest forwards, earning himself a move to Manchester United in January 1995.